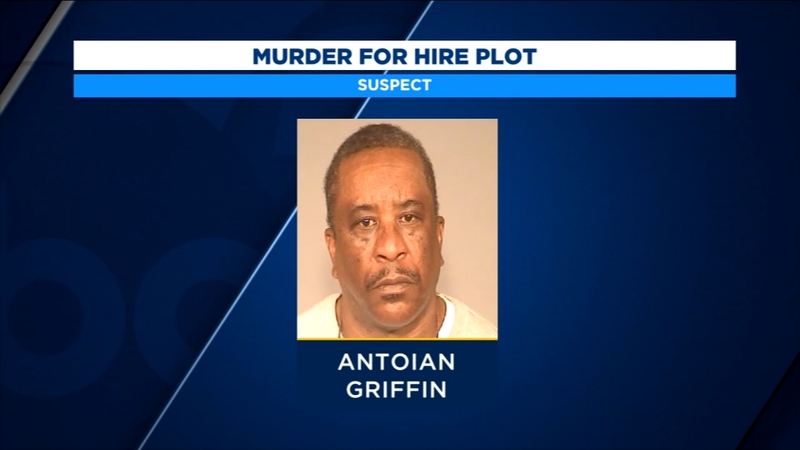 FRESNO, Calif. (KFSN) -- In the middle of a preliminary hearing, prosecutors dropped the charges against a man accused of soliciting the murder of a Fresno attorney.

Antoian Griffin will be released from jail and the case, involving attorney Gary Hunt, dismissed. The development came after the deputy district attorney's star witness didn't deliver as expected.

He's always claimed he was innocent but on Thursday he didn't need to fight anymore when prosecutors reached the same conclusion.

"When they came out and gave me the news in the hallway, I couldn't do nothing but scream, said Princella Pace, Griffin's longtime friend.

Miles Harris represented Griffin. Cameras were not allowed inside the courtroom when the man Griffin allegedly tried to hire as a hit man took the stand. The prosecutions case hinged on the statements made by Curtis McAfee.

"It was based on some bad phone calls. And when it came down after law enforcement tried to do their job of trying to hunt down Curtis McAfee, he finally said the word 'Antoin Griffin' to, I guess, side track the investigation and it looks like it worked. At least temporarily," said Miles Harris, Griffin's attorney.

Action News uncovered a restraining order filed by a local non-profit worker against McAfee earlier this year. She provided professional services to him and said he called her workplace in excess of 40 times. He left messages with aggressive tones and demands saying that "her brother was going to die", then offering condolences because her "brother was dead."

The narrative states he has several restraining orders against him related to violence and domestic violence.

McAfee wasn't in court on Thursday. But Harris says his client met him in the law library when he offered to help him with a lawsuit he had filed.

Princella Pace said the most outrageous part of the alleged crime was that Griffin offered McAfee $200,000 to commit the murder.