Docile and affectionate, this extremely malnourished pit bull was found wandering the streets of /*Parlier*/ and brought in to the no-kill rescue /*Animal Lovers of Parlier*/ Monday night. Volunteers named her /*Abby*/.

"My son, Sal, went and got the dog in the back of the truck and he just couldn't talk," said Juanita Moreno. "He was like, 'who would do this?' So we made space for Abby."

Workers at Animal Lovers of Parlier were shocked at the condition she was in. Abby was immediately taken to a vet who determined she did not have a disease and was simply malnourished. She has several scars and bruises on her body and a marking on her neck from having a collar tied too tight.

When Abby was taken to the vet this week she weighed just 23 pounds. The veterinarian told them she's supposed to weigh 45.

Moreno said, "The scars on her neck are she'd been roped tied during the day, scabs on her forehead scabs on her bottom chewing her tail."

Animal Lovers of Parlier think Abby started chewing her own tail because she was so hungry. The Parlier Police Department is now investigating the incident as a possible case of animal cruelty and are asking the caretaker to come forward.

Alanis said, "This is the first time I've seen a dog in this bad shape."

So far, the /*Fresno Bully Rescue*/ has offered to adopt her once she's healthy. Volunteers say she is extremely friendly and gentle and would be a great addition to any loving family.

Moreno said, "Now she just wants to be loved and that's what she didn't have is love."

As Action News told you back in August, Animal Lovers of Parlier is already suffering major cutbacks now that their stipend from the city to pay for vet bills, food and supplies has been cut from $5 thousand to just $1 thousand a month. The facility cares for more than 200 animals. 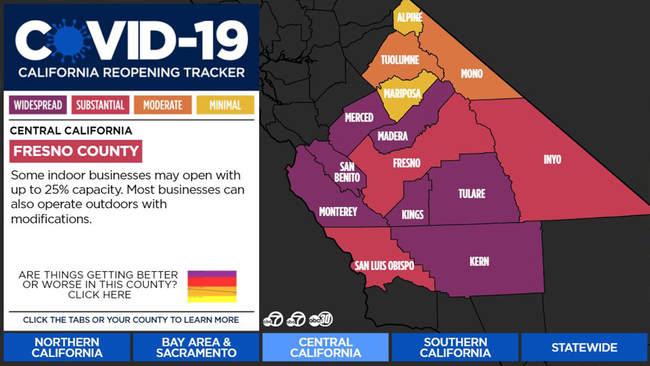