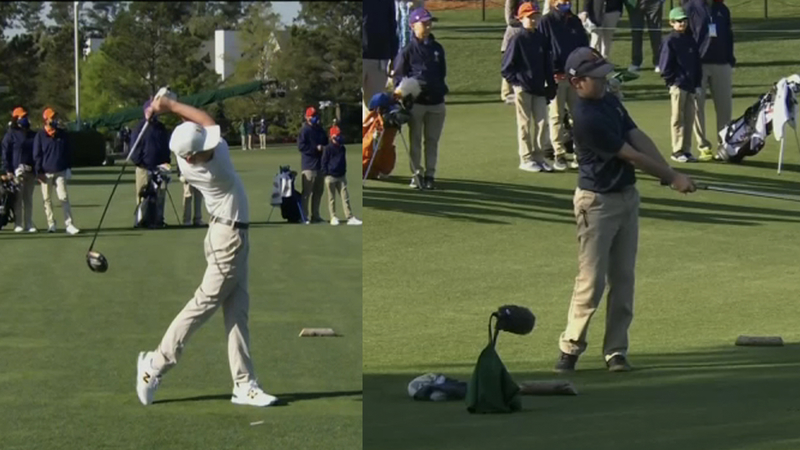 FRESNO, Calif. (KFSN) -- For most golfers, making it to Augusta National is a bucket list moment.

But two Central Valley youngsters can already lay claim to playing the world's most famous course before they even reach high school.

Just days before Hideki Matsuyama slipped on the Green Jacket -- Lucas Bernstein of Fresno and Brady Barrington of Kingsburg competed in the Drive, Chip and Putt National Finals at Augusta.

A fun but highly competitive competition featuring some of the best junior golfers in the country in the week leading up to the Masters.

The two qualified by advancing through local, sub-regional and regional rounds before setting foot on the legendary course.

"It was definitely really exciting and you get a little anxious before the competition," Bernstein said. "But it was a really nice course and I really hope I get to go back there someday."

Due to the ongoing pandemic, last year's tournament was canceled and rescheduled for this April -- giving the pair 12 months to sharpen their skills

That proved invaluable for Lucas -- who won his age group.

His drive of just over 230 yards helped Lucas capture the Boys 7-9 age division and take home this giant trophy.

"All the winners were really shocked when it actually said their name on it," he said. "When you won, they engraved your name on it."

Playing at Augusta and all the hoopla that surrounds it didn't seem to shake Lucas's confidence.

But for dad -- that was a bit of a different story -- who admitted it was Lucas who actually helped him calm his nerves just before tee off.

For 12-year-old Brady -- he says he would love to return to Augusta someday, with a goal of winning the US Amateur when he's older

"Turning pro isn't my goal, my goal is to win the U.S. Amateur, so I'd love to return to Augusta as an amateur," he said.