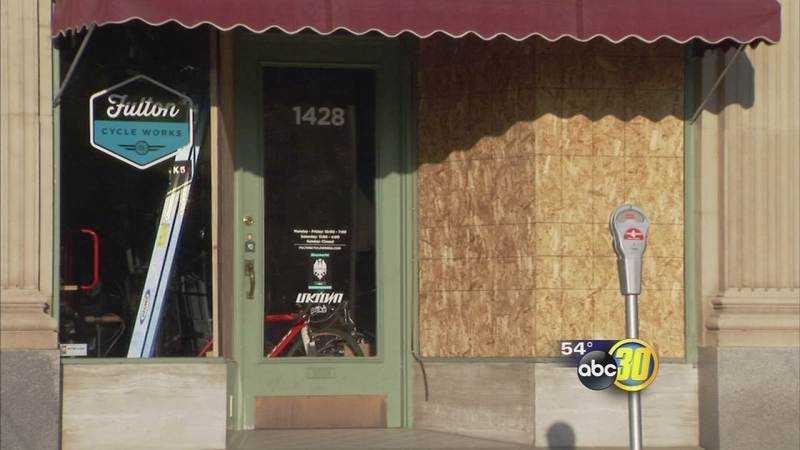 FRESNO, Calif. (KFSN) -- Thieves are making it hard for a bicycle shop in Downtown Fresno to stay open. Two bikes have been stolen in just 10 days at Fulton Cycle Works.

Darren Johnson has seen this before, "He found the one tempered glass and-- yep, nailed it."

Fulton Cycle Works in Downtown Fresno is everything to Johnson. Some days are good and some days are slow. "I'm not getting anything done, I had another break-in last night so."

Clean up is on his list of things to do-- which is getting longer. He still hasn't fixed the first window that was broken by another thief on Valentine's Day. "When you still have wood up on the windows from the last break-in and it happens again, it's crushing for the will to move forward," said Johnson

Two bikes were stolen-- two used bikes, worth just a couple hundred dollars, but the repairs will cost thousands. "Who wants to shop here when it looks like that now," Johnson said.

Johnson is considering closing the shop because he's losing too much. It's hard financially and emotionally for him. But Johnson isn't alone, in fact, Sergio Cortes is rallying the neighborhood to save the shop. He wants people to help keep an eye on it when it's closed. "Let's be pro-active about this-- let's not wait and see what happens, let's be the force that does something about it."