Oakland students from several nonprofits involved in tech education say they were "mind blown" after getting the opportunity to screen "Black Panther: Wakanda Forever" ahead of its national theatre debut.

OAKLAND, Calif. -- Young people in Oakland had the opportunity to screen "Black Panther Wakanda Forever" ahead of its national theatre debut.

Teens and kids involved with the nonprofits The Hidden Genius Project and Girls Who Code were at the Grand Lake Theatre in Oakland for the Wednesday screening complete with a red carpet.

This is one of the community screenings hosted by Disney across the country to make the film accessible to the community.

"The 'Black Panther Wakanda Forever' film is important to me personally because representation, of course, but on a deeper level it's about representation and providing that understanding to youth that they can be whatever they want," said Kevin Butler, a genius fellow educator with The Hidden Genius Project. "They can be superheroes, if they want to be."

Oakland has a special connection to the film. It was featured in the original "Black Panther" film and director Ryan Coogler is from Oakland. His dad was reportedly at the screening.

The Hidden Genius Project and Girls Who Code are among the organizations providing science, technology, engineering, and math and arts education to young people from historically underrepresented communities that were awarded $1 million in grants by Disney.

Girls who Code is working on closing the gender gap in tech in K-12 classrooms and increases exposure to women and other underrepresented minorities in tech.

Original star Chadwick Boseman didn't live to make the sequel, passing away at the age of 43 of cancer in 2020. But his spirit is part of the film, which also highlights the women of Wakanda.

"Mind blown," said youth Naomi Hussein. "It was a hit... it was like kind of a plot twist at the end."

Nearly 25,000 young people are getting to experience the film before its wide release. These efforts are part of Disney Future Storytellers. It's an initiative intended to empower the next generation of diverse creators and innovators.

"We're actually getting put out there," said Cabriana Cook, a student at Castlemont High School. "There is not a lot of movies where they support Black culture like that."

Wakanda Forever debuts Thursday night across the country. The special showing was at Oakland's Famous Grand Lake Theater. On the big sign is "Oakanda Forever" as a tribute to the franchise's Oakland roots. Black Panther made headlines for having a mostly Black cast, and now, these students are happy to see that series continue.

"Seeing a Black hero that I can look up to and relate to is amazing and beautiful," said Xavier Tillery, another Castlemont High School student. "We didn't have that growing up."

As it continues, students say it will lead to more opportunities for Black youth.

"We have hope," Tillery said. "We can make change. Wakanda is an Afro-futurism country. We are here, we are growing more and more and we are smart, we just need more recognition."

Disney is the parent company of ABC7.

'Wakanda Forever' lives up to hype, selling out theaters across U.S.

'Black Panther: Wakanda Forever' hits theaters: What you should know 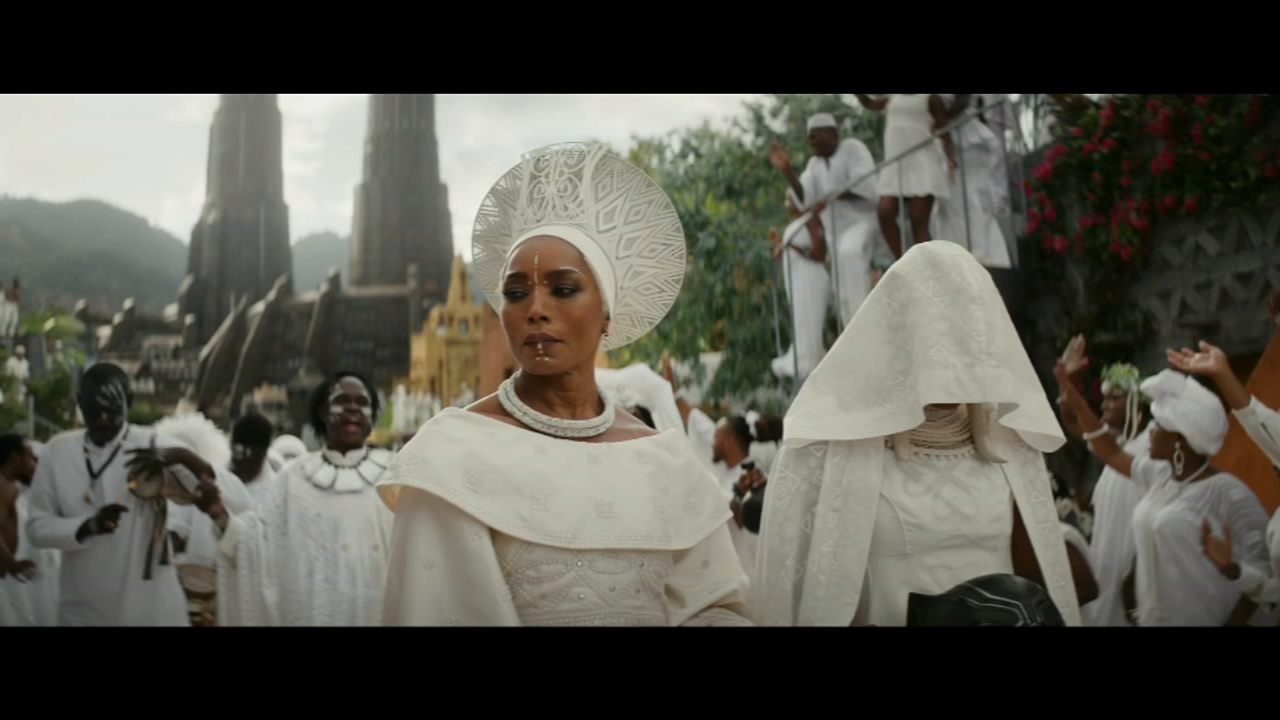 Hope and healing: Going back to Wakanda without Chadwick Boseman