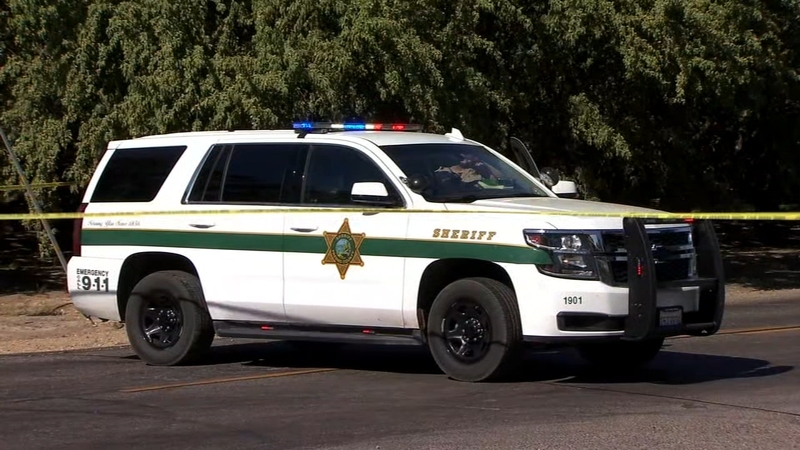 FRESNO COUNTY, Calif. (KFSN) -- A body was discovered in a Fresno County field on Tuesday afternoon.

The Fresno County Sheriff's Office is investigating the case as a homicide.

Detectives with the sheriff's office say they were called to the field near Lincoln Avenue between Walnut and Fruit Avenues at around 3:30 pm.

They initially received reports of an injured person but when they arrived, they were told someone had found a body, partially covered in the dirt.

A leg could be seen sticking out of the ground, but the rest of the remains were buried.

"It looks like a farmer located the body while they were out tending to the fields, they stopped and immediately called us and then deputies arrived about 3:30 and confirmed that it was a human body that is partially buried in the field," said Lt. Brandon Pursell.

Detectives have not released the identity or gender of the victim.

They are also still working to find out how that person was killed.

The scene has been cleared and Lincoln Avenue is back open.