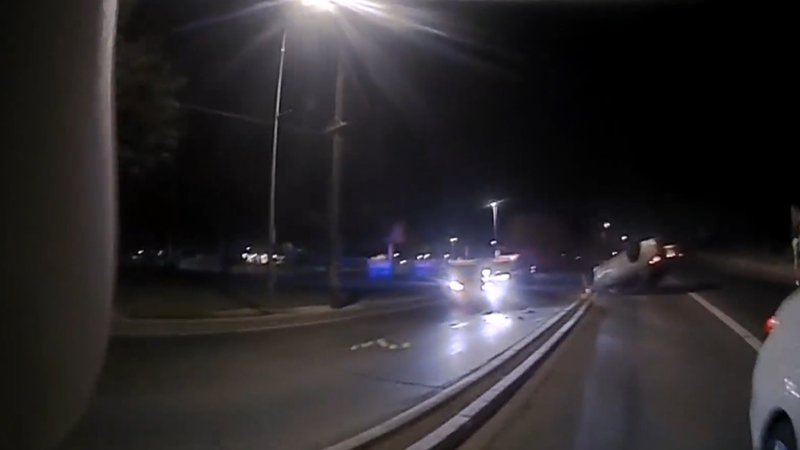 It happened Thursday night while police were conducting a criminal investigation in the 900 block of West Pecan.

Police say the street was closed to through traffic, and the patrol car had its lights on when Teresa Orta slammed into the vehicle.

Officers say the impact of the crash caused Orta's vehicle to roll over and left her with minor injuries.

Orta was taken to Madera Community Hospital for treatment and was later booked for felony DUI because her passenger was injured as well.