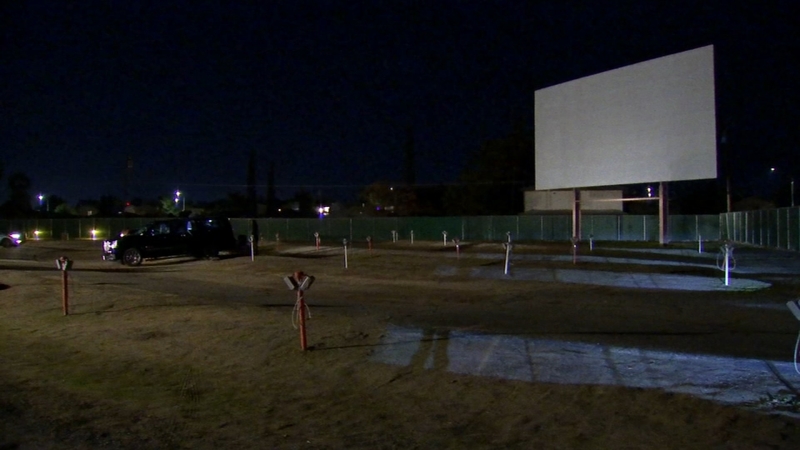 They're one of the only theaters currently open in all of the San Joaquin Region.

The pandemic has made new movie releases scarce, especially when it comes to blockbusters films.

But owner Bob Gran said it's troubling that Wonder Woman 1984 is simultaneously streaming at home, which translates to fewer sales.

"It is very tight and we are not even breaking even, but we are doing better than most," he said.

Gran said that's just the tip of the iceberg. He owns four indoor theaters that have gone unused most of 2020 adding to his losses.

"This is my chosen career and there have been several times where I have questioned myself," he said.

His two drive-ins, which are only open in the summer, had to stay open so he could stay afloat.

This also means dealing with unfamiliar weather conditions like the fog, which has resulted in canceled showtimes.

"The drive-in can operate in snow and rain and a little bit of sleet, but as soon as you get the fog with all the moisture particles, the light can't get through it, said Gran.

Most concerning for Gran is the future of his business and the film industry as a whole.

He expects at-home movie releases to impact recovery. He doesn't think everyone will bounce back.

"Look at AMC, look at Regal, all of the big boys," said Gran. "They have all had to refinance and they are still on the verge of bankruptcy."

Gran said he's here to stay and his drive-in will continue to serve the community as an escape from reality.
Report a correction or typo
Related topics:
businessmaderabusinessmoviesocietymovie premieremadera
Copyright © 2021 KFSN-TV. All Rights Reserved.
More Videos
From CNN Newsource affiliates
TOP STORIES