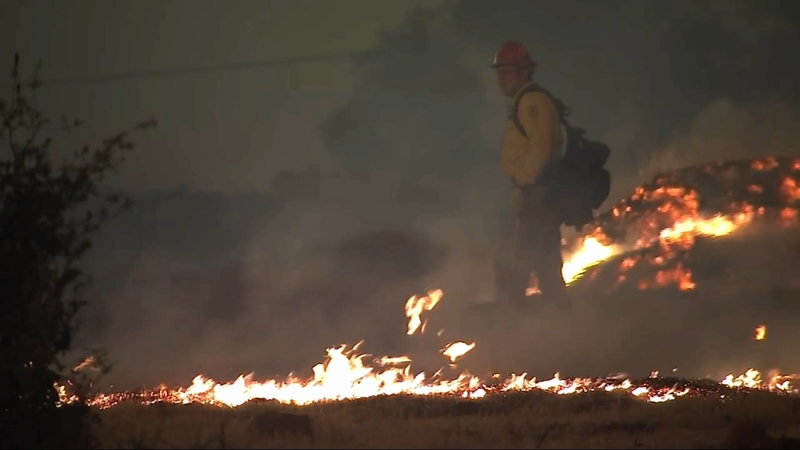 FRESNO, Calif. (KFSN) -- There's no such thing as fire season in California in the 21st century.

CAL FIRE crews battle fires all year long, but the season peaks in late summer and fall, when temperatures climb and vegetation has had a chance to dry out.

More than 1.6 million acres burned across the state last year and two of the biggest, the Camp Fire and the Woolsey Fire complex, didn't start until November.

This year has started off a lot less destructive.

Firefighters across the state have seen more than 50,000 acres burn so far, but that's about one-tenth the acreage burned by this time last year.

The Gaines Fire last week is a good example of why. It grew to 1300 acres very quickly Friday, but it's stalled since then and firefighters have gained containment.

"There were no major weather patterns in the area, which kept the winds down, but also the fuel moistures began to rise a little bit. That helps firefighters. That decreases fire activity," Brown said.

Firefighters say a wet winter kept grass and brush from fully drying out, but that's about to change.

"We're going to be looking at fire to potentially get bigger, faster, Brown said. "When the weather becomes hotter and dryer as we see in the spring and early summer, those fuels begin to dry out, but with such a wet winter it just takes longer for them to dry out."

They've added firefighters all over the state to prepare for the peak of peak fire season, including 16 new positions in Fresno County.