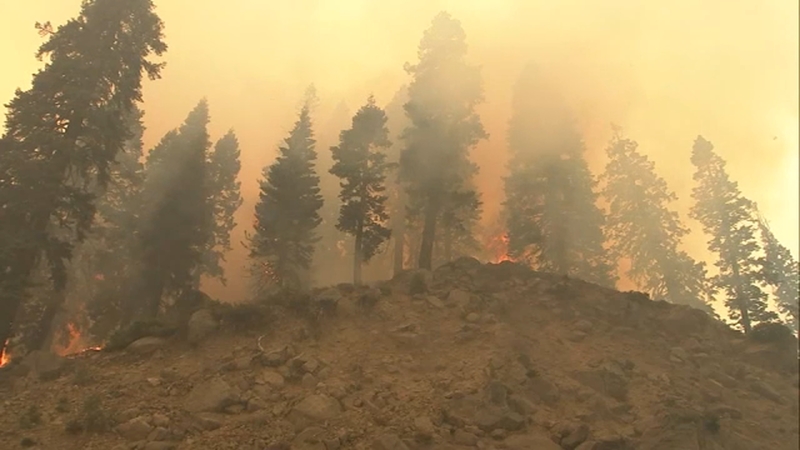 FRESNO, Calif. (KFSN) -- The end of August would typically be bustling with tourists in South Lake Tahoe.

Now, it's flooded with first responders instead.

All of South Lake Tahoe was ordered to evacuate the resort town as the Caldor Fire rages closer.

Butch Wagner splits his time between his homes in South Tahoe and in northwest Fresno.

He and his family left their house in the Tahoe Keys neighborhood last week ahead of the evacuation order because of dangerous smokey air.

"All you can do is run away from it but it's not going to be replaced," he said. "It just isn't. It will recover eventually but probably not in our lifetime."

Wagoner says he feels confident his house will withstand the blaze, as it's surrounded by water and little vegetation.

But seeing his community devastated has given him perspective like never before.

As an attorney, he represents hundreds of California wildfire survivors.

"I have one percent of the damage they went through," he said. "A lot of my clients lost everything they had."

As the Wagoners headed south to safety in Fresno, first responders from the Valley headed up to El Dorado County to answer the call for help.

In the meantime, Fresno CAL FIRE is assisting with the West side of the fire, offering structure protection.

"Because of the unfortunate drought California has been experiencing, our ability to catch fires while they are still small is becoming more and more challenging," says Colton Tulley with Fresno CAL FIRE.

Sunday, Kingsburg PD sent three of its officers to assist with evacuation orders and to protect now-empty homes.

It's not a small sacrifice for the 18-officer department, but Chief Neil Dadian says his officers will keep helping as long as there's a need.