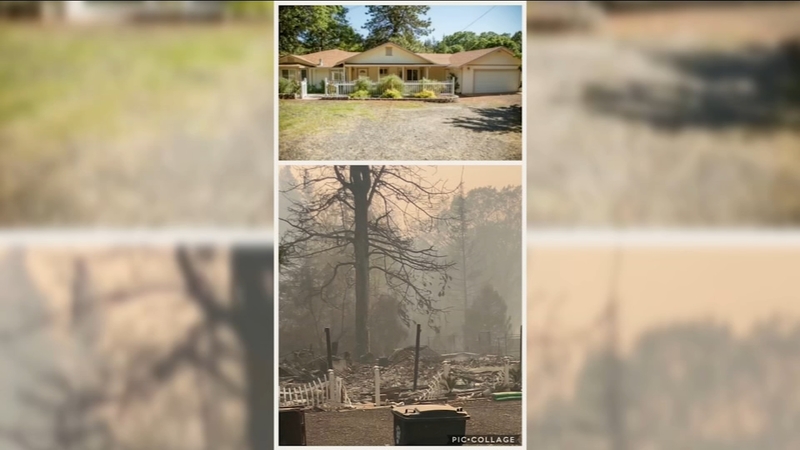 Christmas is a lot merrier for a Clovis native who lost her home in the Northern California wildfires.

Crystal Andrews, her parents, and two children lost their home in the Camp Fire that killed 88 people and destroyed more than 13,000 homes.

However, family time around a board game, while celebrating Christmas, is something Crystal is beyond thankful for.

"It's kinda hard when you crave the boring day to day routine but that's what it is, that's what you need," said Crystal.

An album of family photos and homemade ornaments, now placed on their tree are all that's left after their home was destroyed.

After more than a month living in a hotel, they're happy to call The Central Valley home once again.

"It still feels like yesterday the nightmares are still real. The loud sounds bother us," Andrews said.

It was 7 weeks ago, Crystal and neighbors were forced to evacuate.

After getting diverted from their way out, they had to leave their cars and stay in a Paradise parking lot for 6 hours as the fire passed through.

"We were surrounded by a gas station, an ammunition store and a propane substation," Crystal explained. "So they had helicopters coming and dropping water on the propane tank so they wouldn't go off on us."

At one point smoke grew so thick helicopters couldn't fly over anymore so they took cover, all with hopes of buses coming to take them down the hill.

"Once we were finally able to get out we found buses burnt up and we found out they just couldn't get to us," said Andrews.

While caravanning down the hill, Crystal and her two children got separated after getting trapped under a power pole but survival instincts kicked in and mom made sure to stay calm for her kids.

"Thankfully it was completely on fire because I had enough momentum that we were able to bust the cables off," said Crystal.

They eventually caught up with the rest of the group and drove to safety.

Trying to put the nightmare in their rearview mirror, they're thankful their hometown communities of Fresno and Clovis have gone above and beyond to make them feel welcome.

The family is driving back to Paradise for the weekend to sift through what's left of their home.