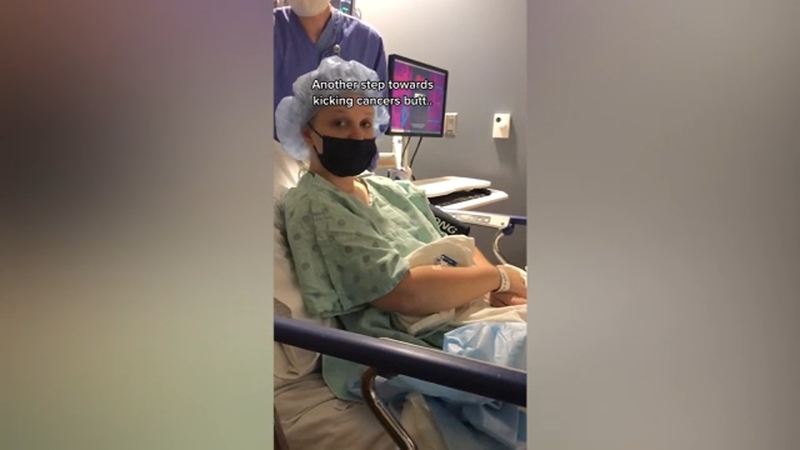 VISALIA, Calif. (KFSN) -- The pandemic has impacted cervical cancer screening rates, with many putting off the preventative exam.

A Visalia woman is taking action to save women's lives by sharing her cancer journey through social media.

In a January video posted to Instagram, Kenzi Paquin asked: "Are pap smears really as important as they say they are? The answer is yes."

However, in 2019, she didn't think much of getting her annual pap smear -- even after having a procedure to remove precancerous cells after an abnormal one.

"Basically just laser it off. It was good to go," Paquin recalled. "I didn't really take paps after that seriously, I don't know. It just didn't seem like a big deal. No one really made a big deal."

Then she started showing symptoms and went to her doctor.

"I found out recently that I have cervical cancer. I have to get special tests to see what stage it is. They told me I have Stage 3 cancer," she said in a video.

A hysterectomy, six surgeries and three rounds of chemotherapy and radiation later -- Paquin returned to the doctor only to find out her cancer journey wasn't over.

"First, it was in my cervix," she said. "Then after my hysterectomy, found it in lymph nodes. Then they had a nodule on my abdominal wall. Then, now, in my lung is what we're dealing with. So it's just been crazy."

Paquin, now 31 years old, has documented her journey on Instagram and TikTok.

The videos are hard to watch, as she shows the realities of being a wife and mother of five, fighting cancer for the third time.

In one video, her daughter asked: "Are you sick? Are you going to die?"

"I can't even tell you there's been thousands of women that have said they want to get a pap smear because of me," she said.

As she continues her own fight, spreading awareness has become a powerful part of her purpose.