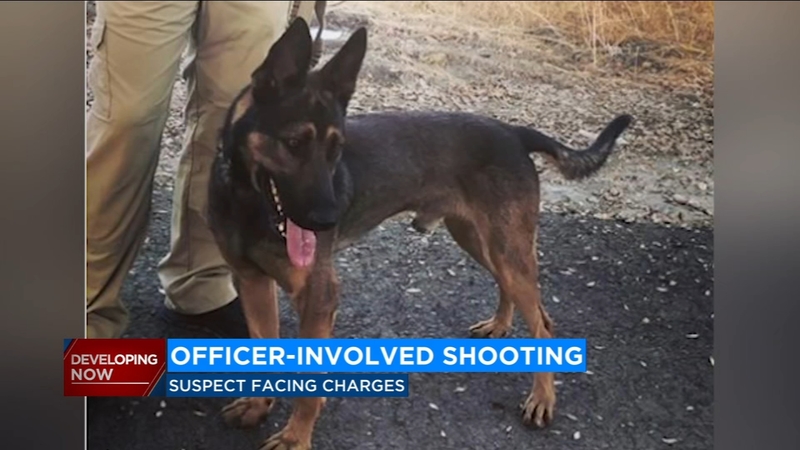 FRESNO, Calif. (KFSN) -- A Visalia man is expected to face charges as soon as Tuesday for his alleged role in a police shootout that injured a Tulare officer and killed his canine partner.

At this time, he is one of three suspects identified in the violent attack.

Police say 25-year-old Cameron Ware will face 4 counts of attempted murder and the death of a police K-9.

It happened Sunday night - when Ware along with a man and woman, led police on a chase through Tulare.

They stopped on the outskirts of town where the shootout took place.

As the K-9 officer *Bane* ran toward the suspect's car, gunfire rang out and the dog and his handler were hit.

One of the suspects was struck and killed -- and the female suspect suffered a life-threatening gunshot wound.

Bane did not survive.

His handler was shot twice, once in the hand.

Tulare Police have not yet released the names of all four officers involved -- but they have all been put on administrative leave until the investigation is over.