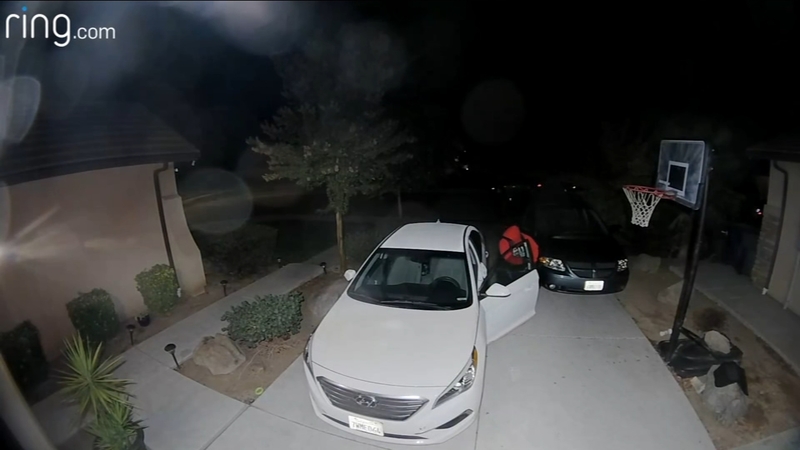 In the last week, the suspect has already been caught on half a dozen surveillance cameras and shows no signs of slowing down.

Shelly Schulke and her neighbors pulled up their Ring surveillance after finding trunks in their cul-de-sac popped open.

"You can't do that, you can't just go around. We earn our money and we pay for our things, we don't get to go around taking things from other people," Schulke said.

She says the suspect methodically went down her street Friday tugging at car doors and stealing whatever was available inside.

Police have received at least a dozen reports of the same man not only in Northwest but also Northeast Fresno.

"My daughter forgot to lock it that night. our windows weren't down, we didn't have any invitation showing hey our car is unlocked, he just got lucky and pulled the right handle," Schulke said.

In most cases, the man only makes off with spare change.

Schulke says the suspect got her daughter's soccer cleats.

Her neighbor, who had packed up his car with cash and valuables to travel out-of-town, had it much worse.

"It was his birthday, he was going to Vegas and supposedly he had his luggage set ready to go, and they took it all," said Schulke.

Police say the suspect may not live in the immediate area because he's hit several communities.

They believe he may have a car that he stashed the stolen items before continuing on his hunt.

Police say the suspect has a medium build.