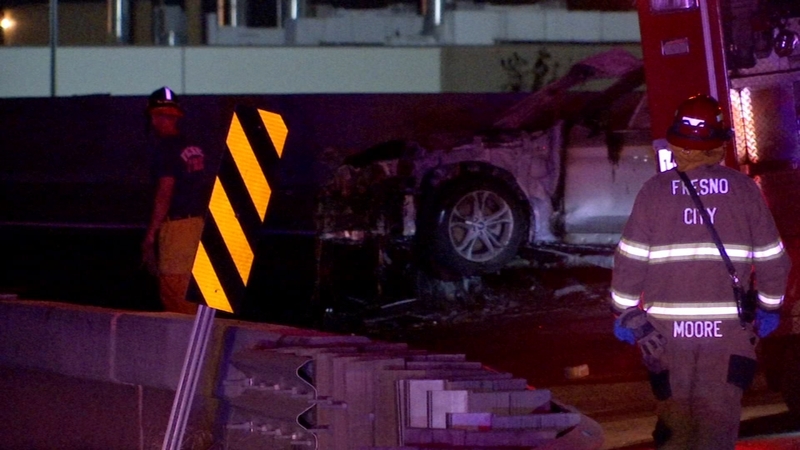 FRESNO, Calif. (KFSN) -- One person is dead and two others suffered major injuries in a fiery crash in southwest Fresno Sunday morning.

Officers say a single car hit a wall at the highway connector and flipped over before catching fire on Highway 99 and 180.

Authorities say 29-year-old Sevak Korkotyan did not have a seatbelt on and was ejected onto the road and killed.

First responders found one of the other injured passengers at the scene, but they had to search for the other passenger who left the crash site for an unknown reason.

Police found that crash victim later and he is now receiving treatment at CRMC.

Investigators believe drugs or alcohol may have played a factor in this crash.

Officers say that while the crash was violent, it would have been far less tragic if the driver was wearing a seatbelt.

"Had the driver been wearing a seatbelt, it would have minimized his injuries," says Mike Salas with CHP Fresno. "One of the passengers in this crash suffered moderate injuries, so this was a survivable crash. But due to the poor judgement of the driver, they were ejected from the vehicle."

Three other cars got in a small pile-up trying to avoid the crash. It caused a back up for several hours on Highway 99.