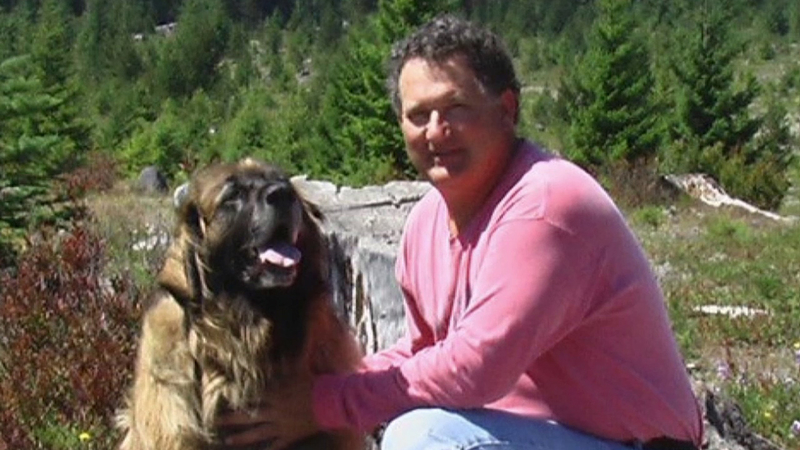 LOS ANGELES -- Carl Barnum III says he is disabled, and as a result has been forced to sue a number of local businesses for alleged violations of the Americans with Disabilities Act, which guarantees disabled people access to public places.

Barnum has sued more than 100 business owners for thousands of dollars each, claiming their violations of the ADA kept him from having complete access to their businesses. He's taken in roughly $360,000, with another $135,000 going to his lawyer. Critics says Barnum is nothing more than a "serial plaintiff," a person who makes a living filing bogus lawsuits.

One of those critics is commercial landlord Zack Hovav, who Barnum sued for $21,000, for alleged violations at a building he owns in San Bernardino and rents out to a dentist.

"If this is not a crook, tell me what a crook is," Hovav told Eyewitness News. "I would fight so he doesn't get a penny from me."

Instead of settling their lawsuits, Hovav and a group of other business owners hired attorneys and fought back. As their attorneys investigated, they found evidence that Barnum may not be disabled after all.

Private investigator Maggie Green shot the videos that may spell the end of Barnum's alleged career as a professional plaintiff. The videos show Barnum at a dog show, trotting around the ring, kneeling, and twirling, all while handling a giant breed of dog called a Leonberger.

According to the Leonberger Club of America, these dogs can weigh upwards of 150 pounds and are very strong.

On the dating website, "Plenty of Fish," Barnum's profile lists dancing and swimming, and, of course, dog shows among his interests.

"It's deceitful, it's fraudulent, it's manipulative and it's theft," said attorney Lisa Salisbury. She told Eyewitness News the 61-year-old may have aches and pains, but the video, photos and other evidence bolster her belief that he is not truly disabled.

Judges in three different lawsuits agreed, ruling that Barnum either did not prove he's disabled or did not prove he was denied access. When Eyewitness News anchor Marc Brown tried to interview Barnum near his home in Apple Valley, Barnum referred Brown to his attorney, Tim Taggart.

Taggart supplied Eyewitness News with documents from the Veterans Administration, which rate Barnum's disability at 40 percent. Of that 40 percent disability, 10 percent is related to a knee injury. The rest, according to the V.A. documents, consists of ringing in the ears, sinusitis and athlete's foot.

Taggart said Barnum injured his leg while serving in the United States Navy, and injured his back doing carpentry work. He is recognized as disabled by Social Security, and has a disabled placard from the Department of Motor Vehicles. Regarding that dog show video, Taggard says that dog show left Barnum in severe pain for weeks.

Court filings list a raft of disabilities, from cancer, to plantar fasciitis, athlete's foot and post-traumatic stress disorder stemming from an incident in which Barnum shot and killed his own dog, rather than have a veterinarian euthanize it.

Barnum's attorney says they are appealing all three of the cases they lost. Hovav, one of the defendants who beat Barnum in court, says although the fight was costly, it was worth it. He tearfully told Eyewitness News that Barnum gives all disabled people a bad name.

"I'm also a disabled person. I got discharged from the service because of injury, and I don't sue anybody," Hovav said.