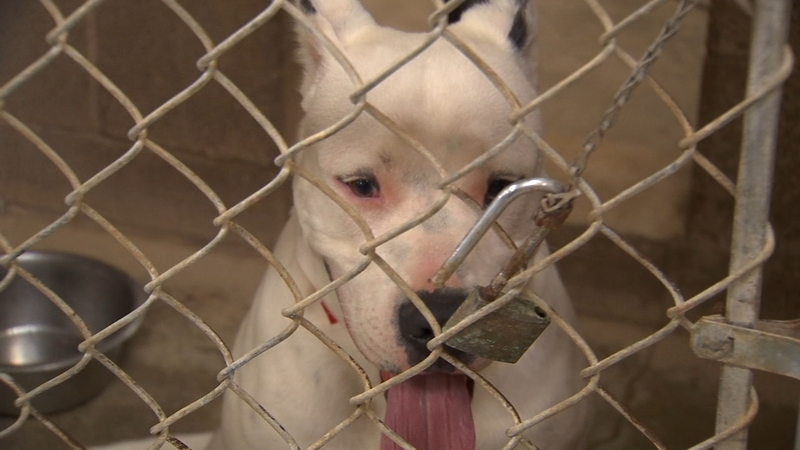 No more picking up stray animals: CCSPCA to focus on vet services instead

"I'm glad we have this kind of facilities for all these animals that people just throw away and abandon them. It's a very sad situation," says Freitas.

70 animals come into the shelter each day and the euthanasia rate tops 50% for dogs.

But now the Central California SPCA is moving in a different direction.

It won't be renewing its contract with the city of Fresno when it expires next year but the non-profit shared its expansion plans.

Instead of picking up strays, the SPCA plans to increase vet services.

People will still be able to pick out pets but the task of picking up stray animals will be handled by someone other than the SPCA when their contract with the city of Fresno expires in June.

"Instead of being reactive and working on the stray population in the terms of picking up stray animals and dealing with them, we're going to be proactive in trying to prevent the pet over-population," says SPCA veterinarian Dr. Janice Breech.

Breech says the old hospital on site will soon be gutted and remodeled into a high-volume surgery center.

Right now it's used just twice a month to handle the line of dogs and cats that need their shots. Vaccinations, micro-chipping and other services will be available five days a week.

"What we wanted to do is use this empty facility and transform it into a low-cost affordable spay-neuter facility for the public," says Dr. Breech.

The city's contract is worth $4 million a year but the SPCA says all of that money went to Animal Control, which is handled by 16 people.

The SPCA will now move on while relying solely on grants and public donations.

"It does obviously change things here for the organization but we are looking toward the future for positive outcomes when it comes to this kind of change," says Walter Savari of the organization.

The SPCA says it was able to raise a million dollars in donations last year.

Savari says in many cities around the state, animal control is handled by the city rather than the SPCA.

"It's one of those old ways of doing things. We are one of the last few that are handling animal control," he says.

The city doesn't yet have a plan in place on how animal control will be handled in June though Mayor Lee Brand did tell us he planned to request a six-month extension with the SPCA as the city seeks a solution.
Report a correction or typo
Related topics:
pets & animalsfresnospcaanimal rescueveterinariananimal hospital
Copyright © 2022 KFSN-TV. All Rights Reserved.
SPCA
Betty White Challenge has fans donating to animal charities
This holiday season, adopt a Valley shelter animal and give it a home
CCSPCA offering $25 neutering for pitbulls and chihuahuas
This October, make a Fresno shelter dog your 'boo' for life
TOP STORIES
Biden, 1 year in, says nation weary from COVID but in a better place
Website for free COVID tests is here. How does it work?
Merced police searching for missing 87-year-old man
Man suffered severe burns after explosion at Table Mountain Casino
Man hit by car in northwest Fresno
Suspects caught on camera stealing from Kohl's in northwest Fresno
Domestic violence suspect arrested after standoff with Fresno police
Show More
Some CA residents encounter problems ordering COVID tests
Man accused of killing 2 in Fresno County booked in LA County jail
Body of Missy Hernandez recovered from aqueduct near Huron
All 3 suspects arrested in connection to Tulare County murder
Suspect in Visalia triple homicide pleads not guilty to murder charges
More TOP STORIES News