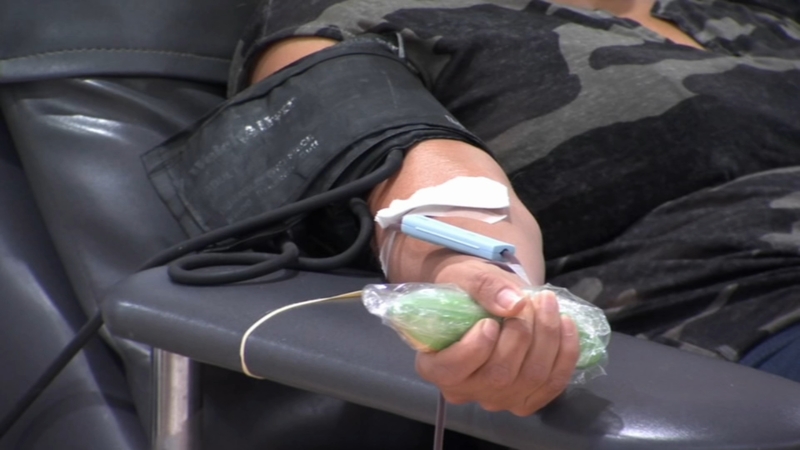 FRESNO, Calif. (KFSN) -- The road to recovery hasn't been easy for Reagan Braun. The 17-year old from Clovis was diagnosed with T-Cell ALL, a form of leukemia in the Spring.

But when Reagan and her mom, Alyssa, arrived at her appointment a couple of weeks ago, she soon learned the platelets she would need to continue on with her treatment were being rationed.

"It was needed for a child that was actively bleeding, so you know when it gets to those types of situations, they are having to prioritize who is in the most urgent dire need," Alyssa said.

The following week, the family was faced with the issue yet again, not enough platelet donations in the Valley to meet the need of trauma and cancer patients like Reagan.

"It's very terrifying," Alyssa said. "You are already so worried about so many things, like how is this chemo going to impact her, how are her immunity counts and how can we keep her from getting sick."

It's a setback that comes during the 8 to 9-month period when Reagan's doctor says her weekly chemo treatments should be the most aggressive.

"If you have significant delays for whatever reason, it increases the chance the leukemia is going to come back again or develop a resistance to medicines that you are using," says Dr. Faisal Razzaqi.

A spokesperson for Valley Children's Hospital says that during the platelet shortage, some chemo treatments may need to be delayed for a day or more, but that treatments aren't on hold.

The screening is more in-depth and donors can expect to spend over an hour in a chair.

Jaime Bravo had originally come in to donate blood--but after hearing about the need for platelets, he decided it was worth the wait.

The blood center typically sees the greatest need before and after holidays, when donating is not at the top of people's minds.

Knowing about the need has already inspired many of Reagan's friends and family members to help.