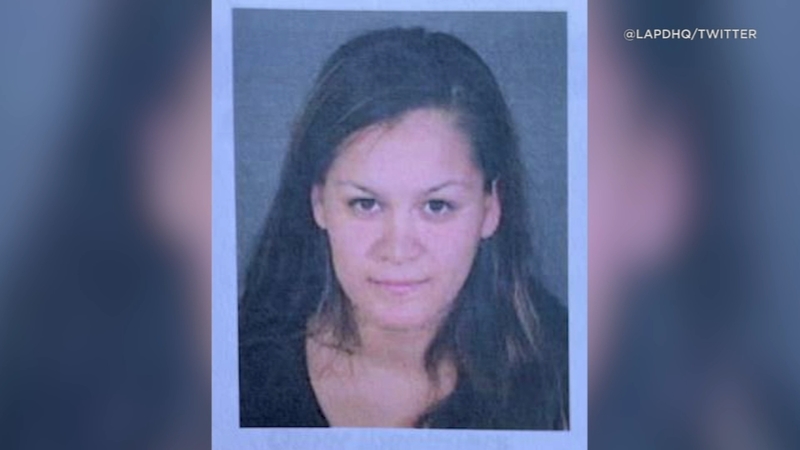 Liliana Carrillo, 30, of Los Angeles and mother of three is in custody in the South Valley.

Authorizes say she is a person of interest after her three young children were stabbed to death.

The children's grandmother made the horrific discovery around 9:30 Saturday morning in the Reseda neighborhood in Los Angeles.

Investigators were unable to locate Carrillo for several hours until they received reports that she committed a carjacking in the Bakersfield area around 1130am.

"They received information from Kern County of a carjacking that occurred on Highway 65, just north of Bakersfield," says Tulare County Sheriff Mike Boudreaux. "As a result of that carjacking, the vehicle was seen traveling northbound into Tulare County - which they put a be on a lookout."

That stolen pickup truck belonged to a Tulare County resident.

He was passing by on Highway 65 and stopped to assist Carrillo, not knowing she was wanted for a crime.

The sheriff explains her state of mind in the moments leading up to her stealing his Toyota pickup truck.

"While he's helping, she becomes very agitated," he said. "She becomes very hard to deal with in his words. He could tell that something was wrong, he couldn't quite place his finger on it. Thought maybe she was panicking because of the car accident - was hoping to calm her down."

Carrillo was headed northbound toward Tulare County. Around 12:45, the Tulare County Sheriff's Office received information about a car accident in the Ponderosa area.

Two deputies responded to the scene, along with Tulare county Fire.

She was airlifted to Kaweah Delta Hospital in Visalia. The sheriff says Carrillo is under armed guard until she receives medical treatment

She will be transported to the LA area. The sheriff says it was a very sad day.