A plume of smoke could be seen from as far as downtown Fresno.
KFSN 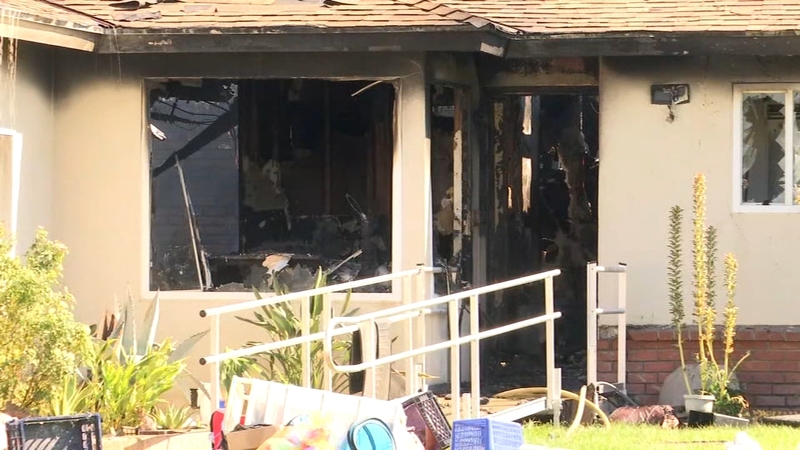 FRESNO, Calif. (KFSN) -- Two families in Clovis have been displaced after a fire on Friday afternoon.

Dozens of firefighters battled the flames, which were sparked at around 2 pm near Keats and Harvard.

Firefighters say the fire started in the first home, spread to another and tore through them, causing extensive damage to both.

A plume of smoke could be seen from as far as downtown Fresno.

It took more than 40 firefighters to put the fire out, with help from surrounding agencies.

Neighbors told us they heard explosions coming from the home where the fire started.

One told us he thought it was gunfire.

Firefighters believe a burning transformer might be to blame for those loud noises.