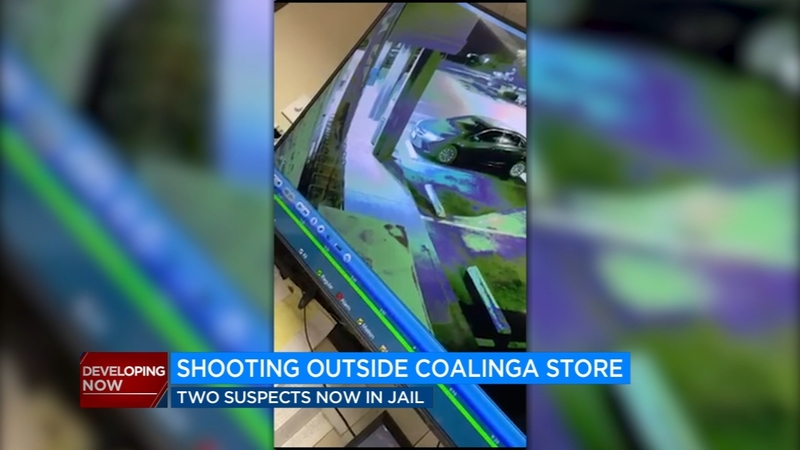 FRESNO, Calif. (KFSN) -- Two men were arrested after a gunfight outside of a Coalinga supermarket on Thursday night, police say.

Authorities say, Kimble Brown, 53, and Jesus Barocio, 40, fired at each other at around 6:30 pm outside of State Food Supermarket near Polk Street and Elm Avenue.

An officer was in the shopping center when he saw the shots being fired.

Officials say Brown took off in a vehicle but was later found with a gunshot wound to the upper leg. He was taken to the hospital.

Barocio also ran away and was later dropped off at a hospital with a gunshot wound to his chest.