It's the 17th Central Valley Honor Flight. Every trip since 2013 has been paid for by donations from folks in the Central Valley.

On Friday night, more people stepped up to raise money for the next Honor Flight in April. It was "A night to remember " at People's Church.

It was a night of music and remembrance put on by the Clovis Veterans Memorial District and Honor our Military Veterans.

Vocalist Valerie Saucedo sang tunes from the 40's and 50's while violinist Patrick Conteras serenaded the audience with tunes popular during the 60's and 70's.

92-year-old Vern Schmidt is a World War Two veteran. He went on the Honor Flight exactly four years ago he says it is an experience he will never forget.

"I have been back there...I was there when they dedicated the WWII monument and actually laid a wreath there but this was all veterans. This was a neat deal," said World War Two Veteran, Vern Schmidt.

Vern Schmidt says there's nothing like the feeling of appreciation as the veterans walked off the plane and were met by hundreds of people in the Central Valley clapping and cheering.

Currently, there are 300 veterans on a waiting list hoping to get their chance to visit those grand war memorials in Washington.

After Monday, the next honor flight will be next April. And then, if they can raise the money they would like to fill a charter plane in May with Veterans from the Vietnam War.
Report a correction or typo
Related topics:
community & eventsfresnoveteransvietnam warhonor flightworld war ii
Copyright © 2021 KFSN-TV. All Rights Reserved.
HONOR FLIGHT 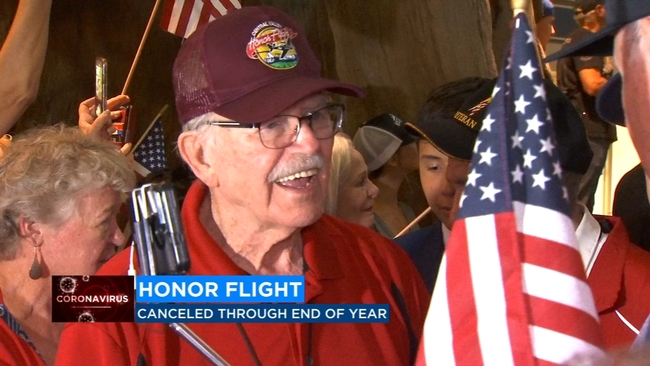 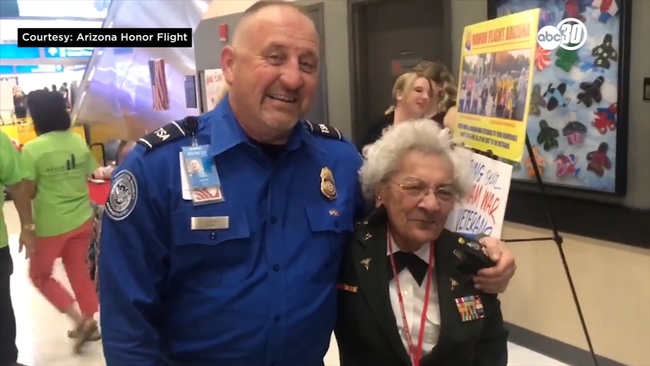