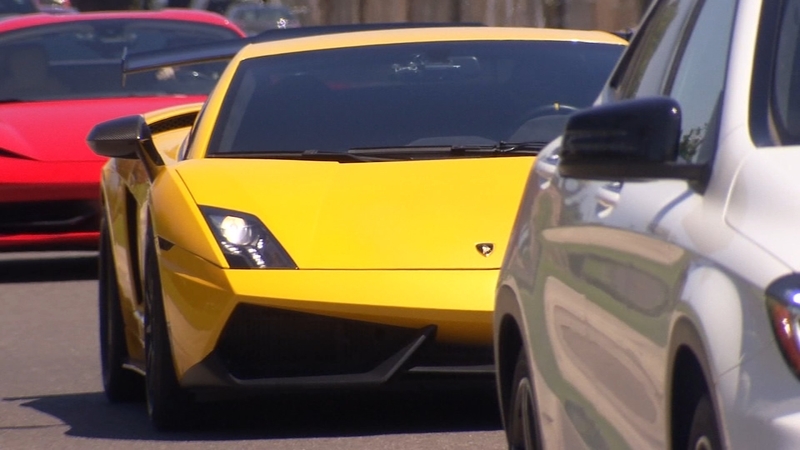 FRESNO, Calif. (KFSN) -- Hundreds of people gathered Tuesday for a fast-paced tribute - an exotic twist on a somber day when they laid to rest a teenager cut down just before his senior year at San Joaquin Memorial.

Nine young men dressed in black escorted their friend Nick Kauls out of St. Anthony of Padua and into a bright white hearse for a somber, but special trip.

A gunman shot and killed the 17-year-old a couple of weeks ago in the middle of a robbery spree.

Sheriff Margaret Mims was part of a vast crowd remembering Nick Tuesday. Her deputies arrested the suspected shooter a couple of days after the attack.

"This particular case is so very horrible and senseless that it hit home to a lot of people in our community," Sheriff Mims said. "The church was full today with support and love and just a feeling of we're all together."

Nick's death touched thousands of people -- at San Joaquin Memorial where he had just finished his junior year, in the Old Fig Garden neighborhood where he was the first murder victim in 85 years, and across the valley.

The Fresno County Board of Supervisors even made a proclamation in his name as they adjourned early Tuesday.

His family can feel buoyed by support from all around, and they made sure his final journey was a ride to remember.

"There is a Lamborghini, Ferraris, and Ford GTs," said Kevin Mosesian of Oxotic Supercar Driving Experience.

Family members say Nick loved exotic cars. He even posed for a picture three years ago with a wax version of Vin Diesel and a Dodge Challenger.

"Any time they got a chance to sit in an Audi R8 or a GT-R, they were thrilled to do so," Mosesian said. "They mentioned they didn't even see the car going by; they knew what it was just by the sound."