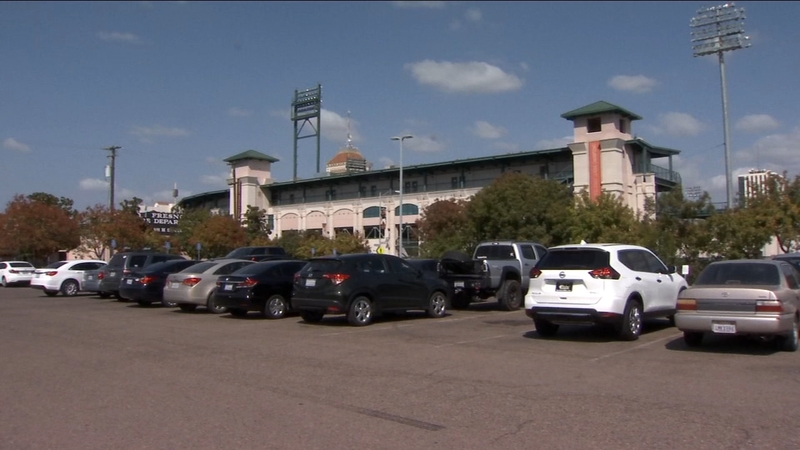 The city of Fresno is selling a parking lot to the Grizzlies baseball team and debating what to do with the money.

FRESNO, Calif. (KFSN) -- The city is selling the 5-acre lot for $1.9 million to the Fresno Sports and Events Partners, owners of the Fresno Grizzlies Baseball team.

The lot is across the street from the stadium, on H street between Kern and Mono.

Company President Derek Franks explains why they want to own the property.

"For us being in Fresno long term with this baseball club, being able to own and control the parking lot, the closest best parking lot in proximity to the ballpark was important we think to the long-term of baseball in Downtown Fresno and to be able to control it and make it the best experience for the fans and keep it affordable is the reason we wanted to purchase the lot."

The city council was eager to sell but divided on what to do with the money. Council Member Garry Bredefeld said the city needs to improve its 911 response system.

"We have pressing needs we didn't address in the budget which is 911 dispatchers and people calling 911 who aren't getting a response, it's supposed to be in 15 seconds, and for a significant amount of people they are waiting 5 minutes, that ought to be something we don't wait another year to deal with in the budget process."

But, under rules passed by the council last year, money from property sales is supposed to go into a reserve fund and doled out over several years. But the council went along with Council Member Steve Brandau's call to sell the parking lot now and figure out how to spend the money later.

" I think we should move forward with the execution of that vote today on that sale and then we can have a vigorous debate on where the 1.9 million dollars will eventually end up. "

Whatever the council decides to do with the money, the team plans to improve the lot. Parking fees had been part of how the city paid its mortgage on the stadium. Under the sale, Franks says the team will use part of its revenue from the lot to pay its stadium lease to the city. It's a different structure than it used to be and now we will be in control of it and we can make some upgrades to it which we think will benefit the overall experience for our fans.