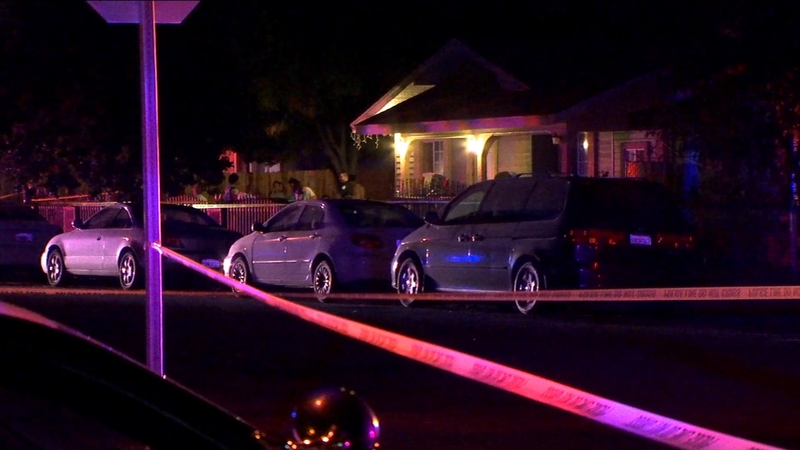 FRESNO, Calif. (KFSN) -- Bulldog gang member Salvador Diaz has been arrested in connection with a shooting in Southwest Fresno.

The Fresno Police Department says the 29-year-old shot his next-door neighbor after the two got into a fight in the front yard of Diaz's home Wednesday night near Oleander and Plumas.

The victim was hit in the left thigh and is expected to recover.

Diaz was arrested a short distance away after getting into a car with four known gang members and speeding away from the scene.

Two loaded guns, including the one used in the shooting, were found in that vehicle.

"There were two guns recovered in this vehicle that this shooter was stopped and arrested in," said Lt. Hudson. "We took two guns off the streets in Southwest Fresno one was involved in a shooting."

Despite Wednesday's gun violence, police say shootings in Southwest Fresno are actually down 33 percent as compared to this time last year, and violent crime is down 14 percent.

For people like Marina Torres, crime in the area is a reality and continues to be a problem.