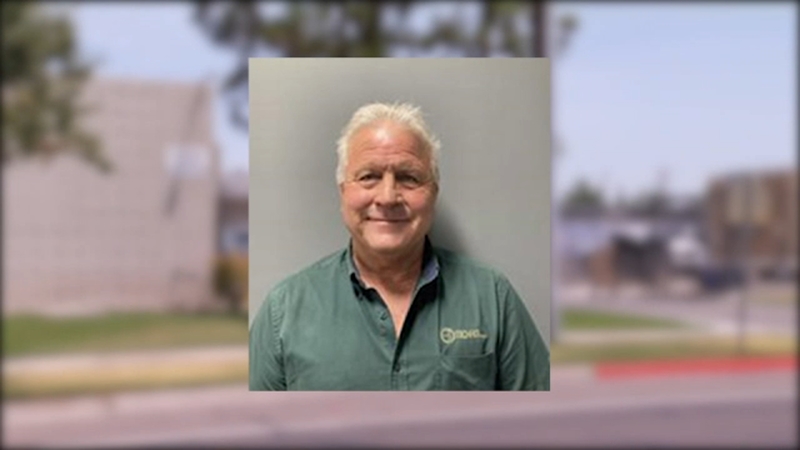 CORCORAN, Calif. (KFSN) -- Police arrested a Corcoran Unified administrator for allegedly stealing more than $6,000 worth of equipment from the school district.

Marty Raeber was the supervisor of maintenance, operations and transportation at Corcoran Unified School District.

But Corcoran police say he stole at least $6,000 worth of property from the district - all starting with a golf cart.

"He had possession of it for a long period of time," Corcoran police chief Reuben Shortnacy said. "He maintained it at his house, and in fact I think he may have even made some modifications and improvements on it with school resources."

Shortnacy says Raeber returned the golf cart to the district.

But officers learned he possibly had more stolen property at his Hanford home.

Earlier this month, they say Raeber gave them permission to search part of his home and recovered a leaf blower belonging to the district.

They then arrested Raeber on theft and embezzlement charges.

But it didn't end there.

Other items at the home caught the attention of officers.

"They identified what they believed was also additional school property so that's when they authored a search warrant to go back and seize the other items that they had seen," Shortnacy said.

Warrant in hand, officers went back to Raeber's home this week, where they found a chainsaw, cement cutter, fluorescent lighting, and even tables and chairs.

Police say it was all district property.

According to the district superintendent, Raeber hasn't been an employee since September of 2019.

That's around the time Corcoran police began looking into him.

"It was a pretty lengthy investigation but there was a lot to gather so that's why it took so long," Shortnacy said.

Action News went to Raeber's home in Hanford on Friday afternoon with the hope of talking to him.

He wasn't there and hasn't called the reporter who stopped by.

Raeber was cited to appear in court on November 12th.

He has not been charged with any crimes yet.