So far, the crews have assessed 50% of the area burned by the Creek Fire.
KFSN 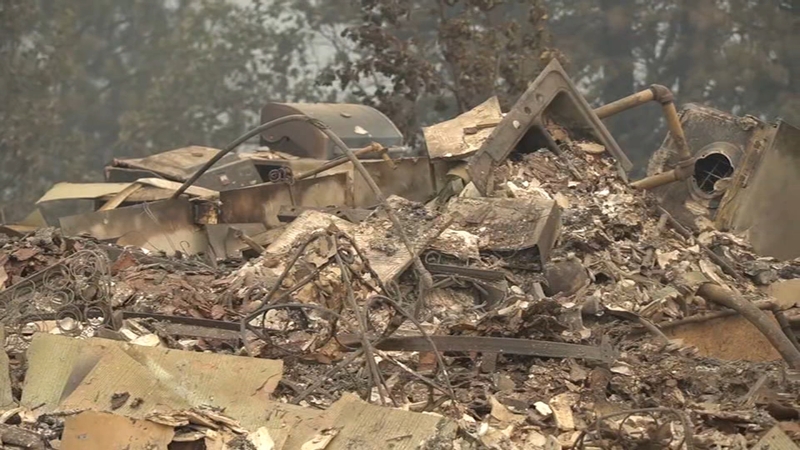 More than 600 structures, many of them homes, have been decimated by the Creek Fire and that number could increase.

Damage assessment teams with CAL FIRE are working in areas that were in the fire's path to determine what was spared, and what was destroyed by the flames.

So far, the crews have assessed 50% of the area burned by the Creek Fire, but they're facing a few challenges.

One is that the number of assessment teams are stretched thin, since they are needed throughout the state.

The other is making sure conditions are safe enough for the inspectors.

"That's why you're seeing trees being cut down on 168. You're seeing power lines being pulled and or replaced, and making sure guardrails are redeployed and there's control for traffic safety," says Captain Chris Vestel, a spokesman for the Creek fire response in the Sierra National Forest.

Once a property is checked and evaluated, the information is uploaded onto a website where homeowners can type in their address to find out if their home has been damaged or destroyed, as well as see a photo of its current condition.

Alex Olow with the National Forest Service says the devastation isn't just impacting evacuees but those on the fire line as well.

"Some of those homes lost belong to members of the Sierra National Forest family, some of those firefighters lost theirs while protecting others... it kinds hits home," says Olow.

CAL FIRE officials are also assessing damage in Madera County, but sheriff's officials are directly contacting homeowners to let them know the extent of the damage.

As Action News drive through some of these devastated neighborhoods, we noticed some houses were still standing while many around them were destroyed.