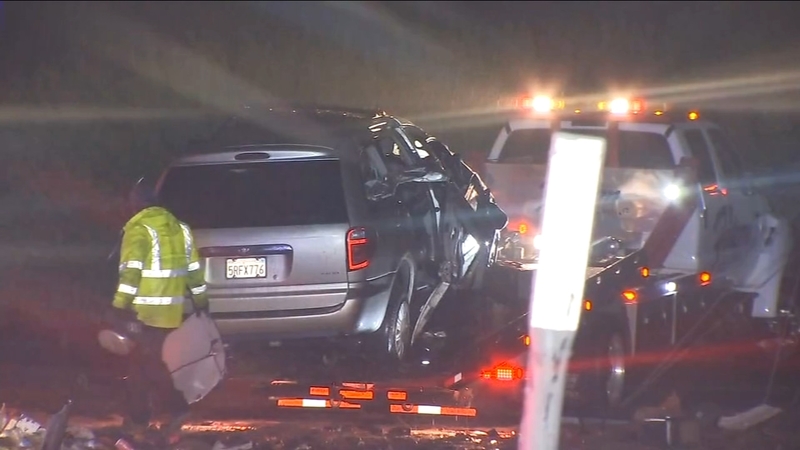 FRESNO COUNTY, Calif. (KFSN) -- At the intersection of Highway 43 and Clarkson Avenue, you'll find debris scattered in all directions-everything from car batteries to golf balls.

It doesn't take much more than that to know that the crash was a particularly bad one.

The big rig lost control and hit a Chrysler, which flipped over, and then hit another sedan.

At some point, the big rig's engine fell out onto the road, and another big rig traveling on the highway hit it.

One neighbor said she heard the crash, and when she came outside, she saw many drivers stopping to help, including some that used fire extinguishers to put out flames.

The driver of the Navigator died at the hospital-her name hasn't been released.

The driver of the Chrysler died at the scene.

Family members have identified him as 56-year-old Dean Clifford.

His passenger broke some bones but is expected to survive.

It hasn't been determined yet if drugs or alcohol played a role in this crash.