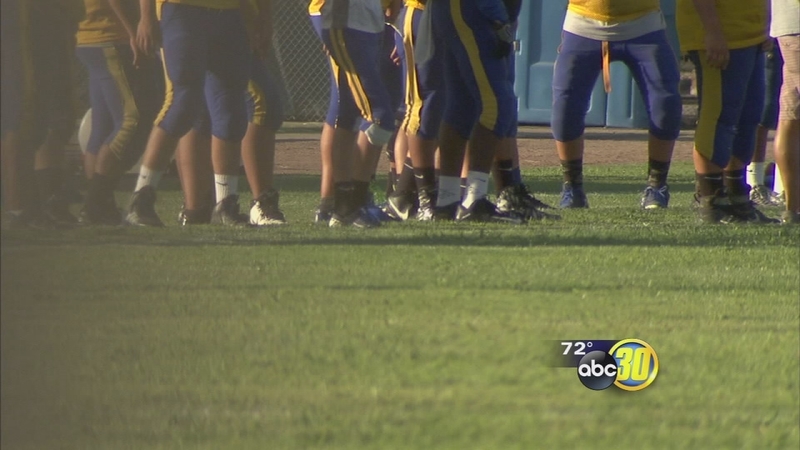 Football practice at Dos Palos carried on as usual Wednesday, but off the field, families were hurting and the town was healing.

"I was shocked, I've never heard of any hazing happening here at all, ever," said Melissa Schulz, parent of high schooler.

Normal campus chatter about the rivalry game against Los Banos this week were instead replaced by whisperings of a more taboo subject. A hazing incident that landed three varsity football players under arrest.

"This is not what we want for our students. We want good conduct in our schools, we want kids to treat each other appropriately, so we acted pretty swiftly," said William Spalding, Superintendent Dos Palos-Oro Loma Joint Unified School District.

Police said two 17-year-olds and a 16-year-old hazed a younger JV player last week. It happened on campus after practice. So far one victim has come forward, and police are asking people who may have information to speak up.

"Hazing has led to death in other communities and we don't want to be that community. We want to put on a lid and cap on it now," said Barry Mann, Chief of Police, Dos Palos.

While hazing is rare, it's happened before in Dos Palos. Chief Mann said about a decade ago, multiple students were arrested. This time, he believes the kids weren't malicious.

Officers haven't released the charges against the players, but parents said they hope the punishment will be strong enough to deter students from harming others.

"Something needs to happen because I feel like the other students shouldn't be afraid that something could happen to them. Because it's a pretty serious offense," said Schulz.