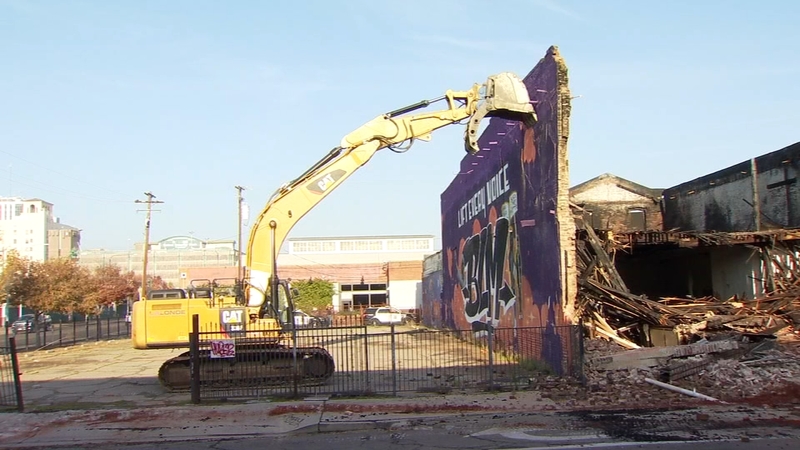 FRESNO, Calif. (KFSN) -- City crews spent the afternoon demolishing a building in downtown Fresno after it was destroyed by an early morning fire.

Property owner Terance Frazier had to cut his honeymoon short once he got the call that his building needed to be torn down.

According to the longtime Fresno developer, this most recent incident is part of a larger problem happening across the city.

"The homeless issue is huge and nobody is really dealing with it," he said. "The lack of police presence downtown is making things a lot worse because they took out the downtown units. I'm getting calls daily that the homeless are breaking into my building but there's nobody for me to call."

At about 4 am Tuesday, firefighters were called to the scene at Inyo and H Street near Chukchansi Park, finding intense flames shooting from the roof and second-story windows with dark smoke billowing into the sky.

Frazier says the one-time commercial warehouse was in the process of being torn down before Tuesday's fire.

It was to make way for a new housing development.

"Right now, we're looking to put 196 units on this project," he said. "Just waiting for some funding and some things we're trying to work out with the city of Fresno."