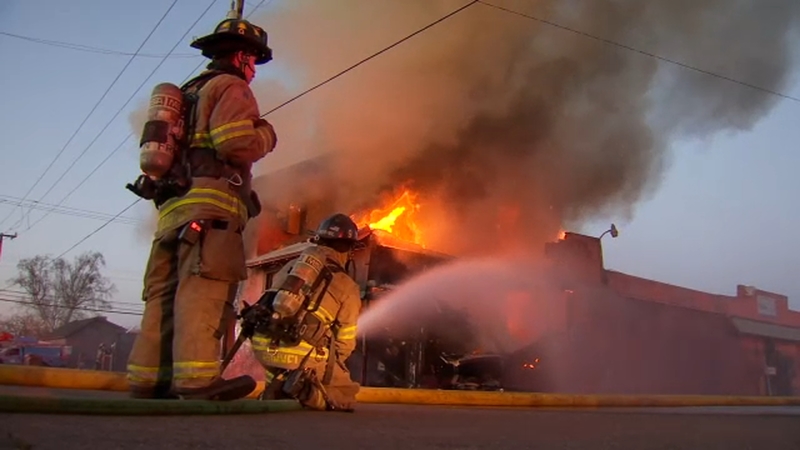 FRESNO, Calif. (KFSN) -- As temperatures drop, Fresno Fire says warming fires are up. The department says it's already responded to 15 structure fires this month as a result of those without a home trying to stay warm in the cold.

"They start fires to keep themselves warm," said Jonathan Lopez from the Fresno Fire Department. "Usually with disastrous results."

"A person broke into an unoccupied house and started a fire in the fireplace," said Lopez. "Then left the fire unattended to go get in the shower."

Flames escaped the fireplace and burned through the first floor. Fire officials got the fire under control and say the person who broke in took off.

Monday, there were no flames at a different home in east-central Fresno, but a man was cited for trespassing after he was found sleeping with a dog in the closet of a vacant home.

"When it starts to get colder, you have a lot of people coming in off the streets to these buildings that are unoccupied," said Lopez.

Fresno Fire says this year, the department has responded to about 3,000 homeless-related fires. That's 1,000 more than last year.

The City of Fresno touts Project Off-ramp, the city-wide effort to get homeless off freeways, as a success. Mayor Jerry Dyer says now, it's time to address the other areas of homeless concentration in the city.

Dyer says about 500 people who were once on freeways have taken up the city on the offer to stay in emergency shelter and 120 people once living on canal banks have been housed in one of the city's 6 refurbished motels.