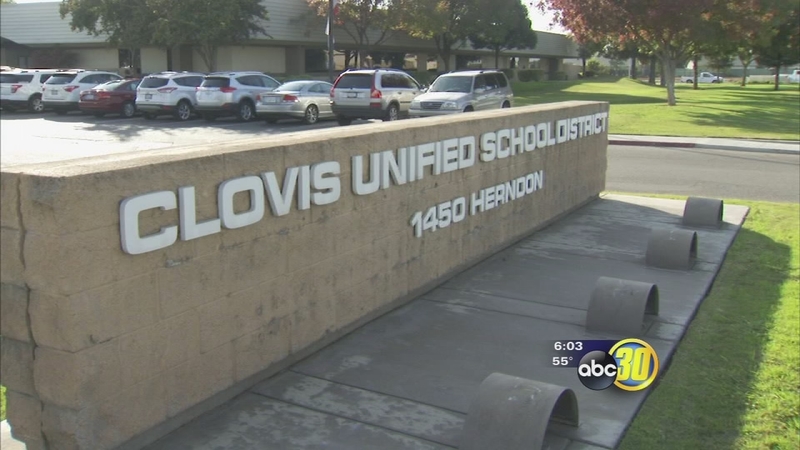 Red lines have been drawn on new district maps separating neighborhoods according to their elementary school. Some families' home schools have changed, others have not, but administrators say the newly designated boundaries will help Clovis Unified grow efficiently. "We're really looking far down the road and all the growth that's happening in the cities of Fresno and Clovis," said Kelly Avants with the Clovis Unified School District

Clovis Unified first proposed the changes in September stating that rapid growth on the Northeast part of the district was causing overcrowding at some schools like Fugman Elementary.

Families seeing the biggest changes include Maple creek, Wood, and Liberty elementary schools. The three schools fed students to two different high schools but will now feed one. Liberty Elementary kids will attend Clovis North High School, Woods Elementary will feed students to Buchanan High School and Maple Creek students will eventually attend Clovis West. "The Maple Creek Elementary-- some going to Clovis North some going to Clovis West. Over time we heard from our community that it really doesn't work when we're trying to keep that concept of kids seeing themselves as part of a high school community," said Avants.

Some parents were up in arms over the changes stating they moved to a specific neighborhood to go to a specific school. District officials say they heard parents loud and clear and made adjustments. And if some families are still wanting to be part of the school their children attend now Clovis Unified is offering a window of time between November 19 and December 9 to submit an application to keep things the way they are. "Particularly in grades three, four or five because they are the ones being impacted. If their family wants to stay at their elementary school we're giving them that window of time to tell us that so we can go ahead and grant them that opportunity," Avants said.

For families who will attend a new school next year can expect someone from that new school to reach out to them before winter break.