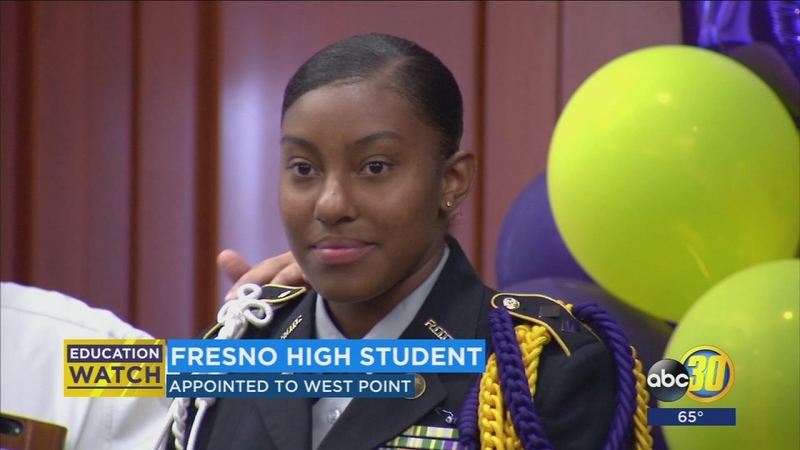 McMichaels stood by her family, Fresno High School staff and local veterans for a luncheon celebration on Thursday. She spoke about how her interest was first sparked.

"I guess it all started back in my sophomore year when I first decided to join the ROTC. I was a little intimated at first because of the military, kind of, structure. But... I liked how people just listened," said Constance McMichaels, Accepted To West Point.

Constance competed against thousands of students from across the country.