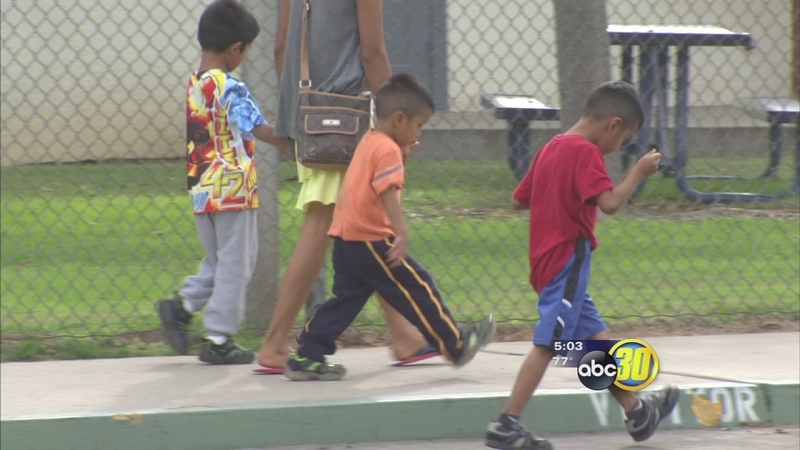 Kristi Jackson is the districts Attendance Coordinator. She tells Action News: "Truancy is a big problem for us we have at least ten thousand students who have reached that level of being chronically absent each year. "

The school district has taken about one hundred of those parents to court over the past year. Their penalty is an infraction, or a traffic ticket. But things could get tougher. The schools are partnering with the District Attorney's Office, and. Deputy DA Melanie Taylor says parents could face serious consequences.

"They could face up to a year in custody and fined. But that's not the goal. The goal is to get the kids to school."

The DA's office will be working with the school district to identify parents with problems getting their kids to school, and working with them, on a one on one basis. The Fresno County Supervisors approved accepting a $200,000 grant from the state to fund the pilot project until June of next year. Supervisor Henry Perea describes it as a motivational effort.

"I think what we are doing is sending a strong, positive message."

The focus will be on the 8 elementary schools with the highest truancy problems, Slater, Pyle, Jackson, Lowell, Wilson, Olmos, King and Turner. The District Attorneys involvement will be to enhance the districts efforts to get children to school. "We work with families to help them understand what good parenting looks like and good choices for their kids so they can get in school and get those lessons."

The focus will be on elementary school students because educators say if they fall behind, in first or second grade it can lead to bigger problems in later grades.
Related topics:
educationfresnoeducationfresnofresno unified school districttruancy
Copyright © 2021 KFSN-TV. All Rights Reserved.
FRESNO