KFSN
FRESNO, Calif. (KFSN) -- When the school bell rings Thursday it will be class as usual in Fresno Unified, despite the fact that the district and its teachers are at a contract impasse after three days of last chance meetings.

The district and Teachers Association have spent over 20 hours this week talking-- presenting their arguments and they are still no closer to an agreement.

This has been going on for about 15 months now with the school district and the teachers union unable to reach an agreement on a new contract.

The teachers want better pay, smaller classroom sizes, better benefits, and more registered nurses in the schools. The school district maintains they just don't have the money to meet all the demands.

Over the last three days they have been in fact-finding sessions presenting their arguments to a panel of three, hoping to get to the root of the issue and find a compromise.

A report with their findings will be drawn up-- but this could take up to three weeks.

Superintendent Bob Nelson briefly spoke on Wednesday night about the fact-finding sessions and the possibility of a strike. He said that there is not an imminent strike, saying they are still in fact finding sessions. However, they have been very public about their need for a substitutes to replace the teachers in the event of a strike. Those subs would be paid $500 a day-- which is more than a sub is traditionally paid.

"In the meantime, our district has to prepare to keep our schools open for our 74,000 students and we'll continue to communicate, regarding everything they need to know," said Nelson.

Fresno Unified is the fourth largest school district in California and they employ 3,800 teachers. Just last week they had said they had about 1,700 subs lined up to fill in for teachers if a strike were to happen.

Nelson said that while the fact-finding report is being generated both sides will continue to meet to try to reach a solution to keep the teachers in the classroom and off the picket lines.
Report a correction or typo
Related topics:
educationfresno downtownfresno teachers associationstrikefresnofresno unified school district
Copyright © 2021 KFSN-TV. All Rights Reserved.
FRESNO UNIFIED SCHOOL DISTRICT 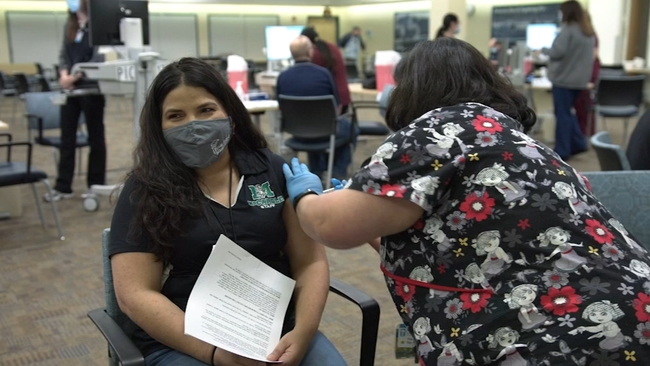