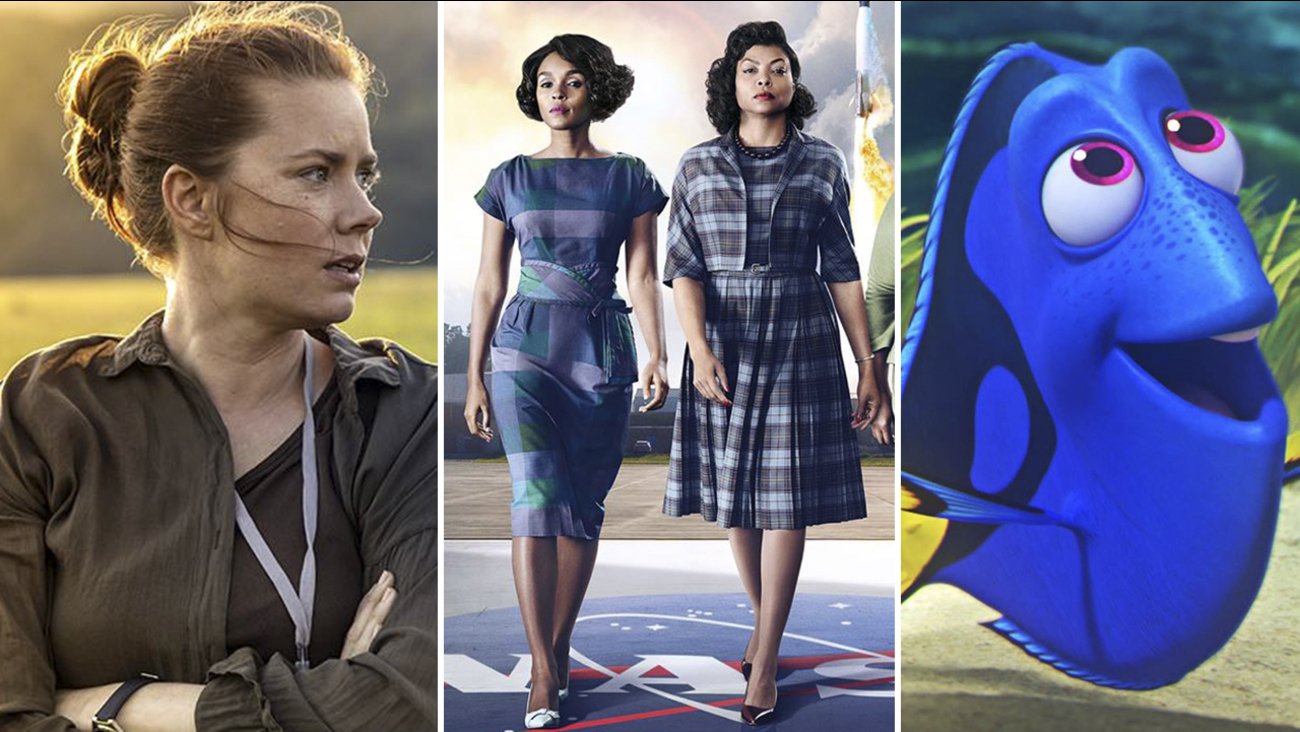 KFSN
By Justin Sedgwick
The nominations for the 89th Oscars were unveiled on Tuesday, January 24, with some of the best-reviewed films and breathtaking performances of the past year being recognized. But there were some critically acclaimed movies and actors expected to receive a nomination that ended up empty-handed.

Adams, who's been nominated for a whopping five Oscars in the past, was a surefire candidate to take home an Oscar nomination this year for her performance in the atmospheric sci-fi thriller Arrival. Rolling Stone's Peter Travers wrote, "Adams, her face a reflection of conflicting emotions, is simply stellar in an Oscar-buzzed performance of amazing grit and grace." Out of every Oscar expert featured on the awards news website Goldderby, 24 out of 28 of the experts had Adams on their shortlist to get a nomination.


Biopics are usually Oscar gold, with performances based off of real-life figures rarely failing to get awards buzz. But two-time Oscar winner Tom Hanks couldn't find space on the Oscars runway for his performance as Chesley "Sully" Sullenberger, the pilot who pulled off the "Miracle on the Hudson" plane landing in 2009. "Hanks pulls off the earnest optimism and unassuming humility that made Sullenberger a media darling right after the incident," wrote Brian Truitt of USA Today. In a category where only five top-notch performances can get nominated every year, one actor was bound to get left behind in the Oscars overhead-bin. And this year, that turned out to be Hanks.


Just like with Sully, you'd think biopic Jackie would be even more Oscars gold, focusing on the life of former first lady Jackie Kennedy after the assassination of her husband, President John F. Kennedy. Natalie Portman was acknowledged with a Best Actress nomination, but the film fell short of enough Best Picture Oscar votes. "There's a mesmeric intensity to Jackie that's unlike any biopic of its kind, marked by a deliberate effort to narrow the scope to one woman's actions and reactions over the course of a few fraught days," said Scott Tobias of NPR.


Silence is a long-awaited passion project from Scorsese, which Rene Rodriguez of the Miami Herald says "is arguably the most personal picture to date from a filmmaker who always invests himself in his projects." The tense, thought-provoking tale of two Jesuit priests who travel to Japan to locate their mentor and spread Catholicism received widespread acclaim, with AFI and the National Board of Review including it in their top films of the year. Scorsese and his film, though, weren't acknowledged in the Best Director or Best Picture categories this year.


Hidden Figures had no problem receiving atmospheric levels of critical acclaim. The movie received a Best Picture nomination, and Octavia Spencer earned a Best Supporting Actress nomination for her role as Dorothy Vaughan, one of the African American women who were instrumental in NASA's early space program. But Taraji P. Henson and Janelle Monáe didn't receive nominations, even though their performances were critically acclaimed along with Spencer's. "Taraji P. Henson, Octavia Spencer and Janelle Monáe serve both history and the demands of popular entertainment with serious performances that also have a good sense of humor," according to Peter Howell of the Toronto Star.


Bening is no stranger to being nominated for an Oscar: she's received four nominations since 1991. The actress couldn't repeat her storied Oscar nomination history with her performance in 20th Century Women, an emotional and heartfelt movie where Bening plays a single mom and landlord who enlists the help of two bold and strong-willed young women to help raise her son. "There's not a single false, 'actor-y' note in Bening's work. It is a master class in nuanced acting, and it is deserving of an Academy Award," wrote Richard Roeper of the Chicago Sun-Times.


In years past, its been pretty easy to predict which movies will get nominated and which will ultimately end up taking the award for Best Animated Feature at the Oscars. But even with a 94 percent fresh rating on Rotten Tomatoes, Finding Dory just couldn't keep swimming to an Oscar nomination. "It's gorgeous. It's lively. It's got terrific performances from a strong voice cast. It's emotionally affecting without being heavy-handed," wrote film critic Christy Lemire.

Looking back at Kobe Bryant's Oscars win for 'Dear Basketball'