Detectives are working to determine what led up to the deadly shooting.
KFSN 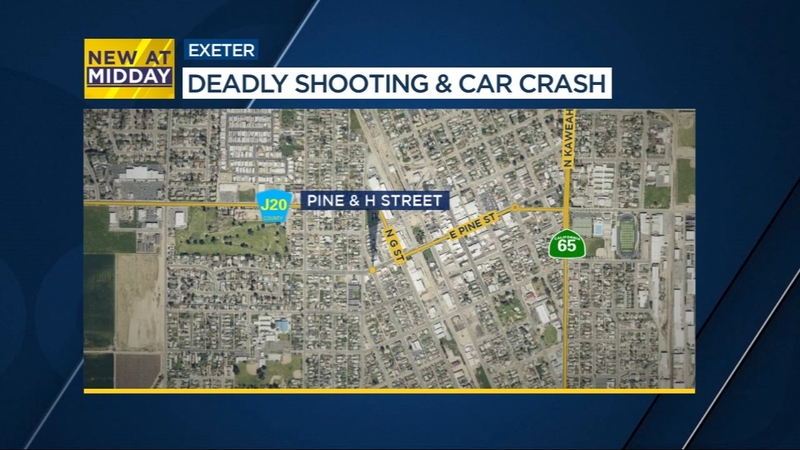 EXETER, Calif. (KFSN) -- Police are investigating after a 41-year-old man was found shot to death inside a crashed car in Exeter.

Officers responded to a crash around 2 pm on Monday near Pine Street and H Street.

Investigators said the victim's car smashed into a parked vehicle. The 41-year-old driver was found dead inside.

Detectives are working to determine what led up to the deadly shooting.

The Woodlake and Farmersville Police Departments and the Tulare County Sheriff's Office are assisting Exeter police with the investigation.

Anyone with information about the shooting is asked to call the Exeter Police Department at 559-671-0533.