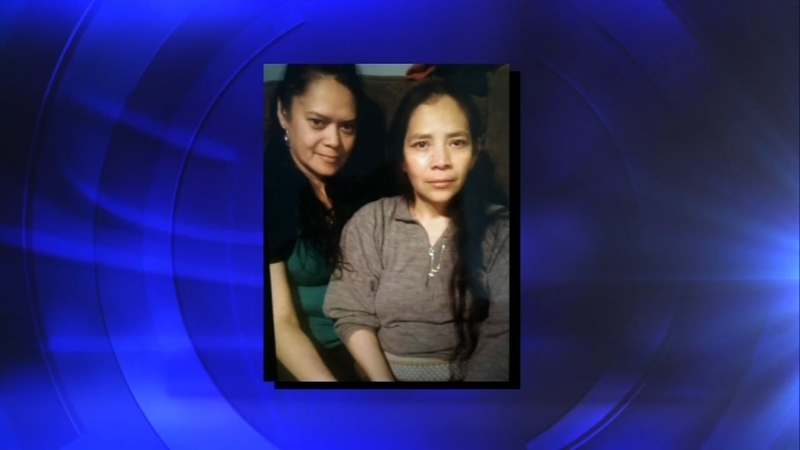 MADERA COUNTY, Calif. (KFSN) -- Two inseparable sisters are dead, and California Highway Patrol officers say the driver who hit them was visiting from the United Kingdom and ran a stop sign.

Guadalupe Chavez Torres heard the sirens Monday evening and immediately felt something wasn't right. Then he got a call from the man driving his wife and sister-in-law about the crash. So he rushed to the scene.

"When I go that way. I see the guy is crying and I see the van pretty bad. Pretty bad," he said.

He ran to Gregoria and saw she was no longer alive. Then CHP officers ushered him away from the wreckage. Downed power lines also made it dangerous for emergency crews.

Family members say the group was headed home from a doctors appointment. They were about a mile from their home when they were killed. Two other people who were in the car with them at the time of the crash remain hospitalized with moderate injuries.

Monday started off great for the family as Gregoria's daughter gave birth to a baby girl in Fresno. Gregoria had planned to go meet the baby in person that night, but she never made it there. Tuesday morning her daughter discovered why.

"I'm pretty sure she's really sad because her mom didn't get to meet her newborn baby," said Gregoria's neice, Jazmin Chavez. "And she was gonna get married. She just got proposed to and so her mom Gregoria was excited to see her get married."

Guadalupe says Gregoria was the best cook and prepared the best meals. His favorite was cosillas, and some of the ingredients she used were picked fresh from her garden out front.

Her sister Martina did seasonal farm work. She worked hard doing other odd jobs, too. The sisters lived on the same property. They raised their kids together and looked after grandkids.

Both Martina and Gregoria have teenage children still in school.

California Highway Patrol officers aren't sure why the visiting tourists, who were exploring California never stopped at the stop sign. It doesn't appear they were speeding at the time. But officers say they are seeing a lot of visitors taking unfamiliar county roads to their destinations.

'It looks like the mapping systems, either Google Maps or Wayz or whatever system they are using to get around while they are visiting is diverting them to those rural roads," said officer Gregorio Rodriguez. "We've had numerous crashes this summer with other tourists from the Netherlands and other countries. Same thing."

Officers say the European driver has a valid license. Even though it's not from California, the state honors it. He was driving a rental car at the time of the deadly crash.