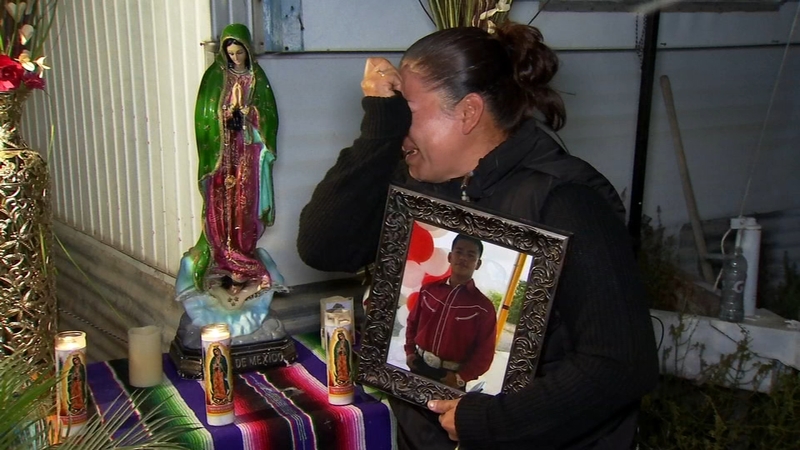 A mother is broken by the loss of her teenage son. In tears, Raquel Lemus wishes he was by her side.

"On my son's name, I will bring them to justice," she said. "I want justice for my son, he didn't deserve this."

Raquel is demanding justice for her child, 16-year-old Ignacio Lemus. Tulare County Sheriffs say he was gunned down Friday night in the South Valley town of Earlimart.

His family is left devastated, in tears and holding one another to ease the pain. His brother Diego Lemus in complete disbelief.

"The last time I saw him, he dropped me off at practice," Diego said. "He said, "Hey, I'll see you tomorrow," and that is the last thing he ever told me. Tomorrow came and he was gone."

Detectives have named 18-year-old Jesus Fernandez and 19-year-old Vanessa Macias as the suspects. Raquel said her son and Vanessa knew each other. According to Raquel, Vanessa would often flirt with her son and that didn't sit well with her boyfriend Fernandez. She says after a confrontation, they took her son's life.

"It's the only thing that we want, for him to be by our side," said Raquel. "Our family, his brothers, we are all suffering without him."

Family and Friends describe Ignacio as a positive person who made everyone feel at home with his warm smile. He was a hard worker, going to school and working fulltime at a dairy. He used to play on the Alpaugh High School Football team.

"It feels like you will see him again, but you are not," said Alex Maran, Ignacio's friend.

Recently he was in a car accident but Diego says his brother was tough.

"He was supposed to go to physical therapy and he never showed up, he taught himself to walk again," he said. "He's the strongest person I ever met."

Now the family wants those responsible to pay, so they never hurt anyone else. A GoFundMe account has been set up to help with funeral expenses.