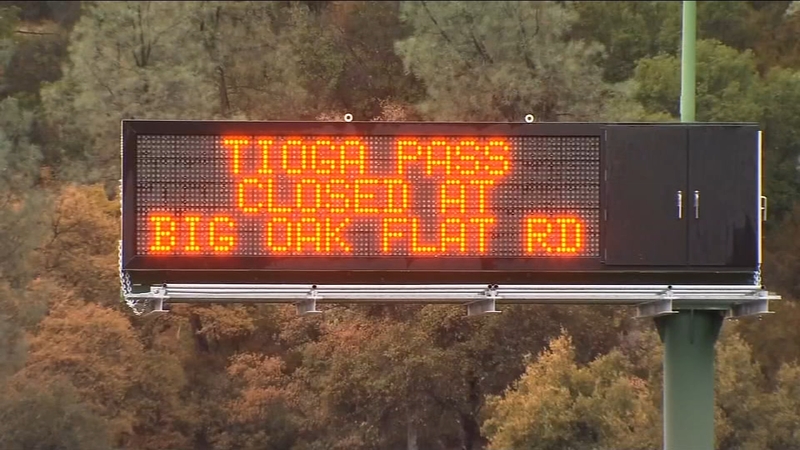 The National Weather Service issued a flash flood warning for the area. Caltrans has 24 hour patrols monitoring the canyon, and they've already had some minor rock falls and clogged drains near El Portal. Caltrans officials said the closure will start at 2 A.M. on Thursday, and it's mainly is to keep drivers off the road and away from the canyon.

Christina Fan continues team coverage from the North Valley where the Ferguson Fire Burn Scar is once again prompting a closure of Highway 140.

"There's currently scheduled to be more than a quarter inch of rain every 15 minutes, meaning more than an inch per hour," Caltrans District 10 spokesperson Thomas Lawrence said.

Steven Crook and his crews are working to clear charred trees along Highway 140 before the road is scheduled to close.

"We're also kicking off all the rocks we can on the banks, so as we work the whole roadway, we're getting all the dead debris dead trees and loose rocks to try to make the road safe because those rocks and trees can come down at anytime," Crook Logging Inc's Steven Crook said.

#BREAKING: Caltrans plans to close Hwy 140 from a little south of Briceburg to El Portal at 2 a.m. to keep drivers from being in the burn scar area(Merced River Canyon). No word on when it’ll reopen at this time, but officials say they’ll reopen when weather allows. @ABC30 pic.twitter.com/zyaZxZNDPq

"The Ferguson burn scar is the priority that's the expected area to slide. Hwy 49 n to the bagby bridge is another area that could have rock fall," CHP officer Matthew Chance said.

Crook says with more wet weather ahead, he and his crew will most likely be clearing debris for some time.

"The rain and terrain is so slippery and now the water is going to come in, freeze, thaw and that will kick out more rocks so we're going to do that again," Crook said.