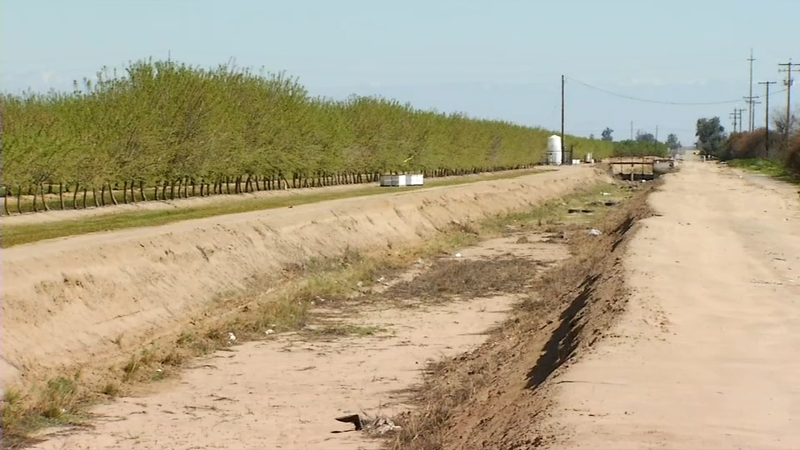 FRESNO, Calif. (KFSN) -- Canals within the Fresno Irrigation District won't be delivering water for a while.

FID has been forced to postpone its initial release of water in April because dry conditions followed a wet and snowy December.

"It's tough because it's the third consecutive year in a row and we're coming off the third driest year on record," says Bill Stretch.

Stretch says most of the growers in the FID have the ability to pump groundwater on their farms and ranches - with an added cost for electricity.

Almonds, grapes and citrus are the top crops in the district but many farmers grow vegetables.

"We typically like to start on the earlier side because we usually have enough water for a longer season," says Fresno County Farm Bureau CEO Ryan Jacobsen. "It just flat out isn't there this year."

December did help, but a few more big storms were needed to allow the district to move more water to customers.

"Our normal irrigation is about five months, between April and August, is typically where we land on a normal year," Stretch said. "Right now, we're looking at about 60% hydrology."

That is, the Department of Water Resources predicts the snowpack runoff from Pine Flat Dam will be just 62% of normal.

"It's a matter of hoping for the best," Jacobsen said. "Maybe we get some additional storms that will better the situation but right now, it is looking like a third drought year."

Time is running out for a so-called "Miracle March," where we get productive storms late in the season.