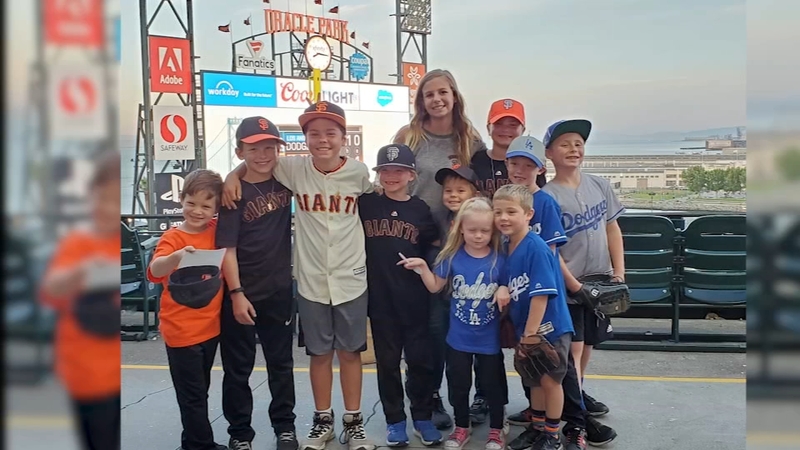 The 9-year-old is a San Francisco Giants fan, and she's collected several baseball cards of the team's players.

But her growing collection went up in flames after she lost all her cards to the Creek Fire.

"I was sad because I'm a huge fan. My favorite was Buster Posey. I like him because he's the catcher," she says.

A team of kids, including Ostenberg, lost their home and hundreds of their cards.

Ostenberg's friend, Grayson Gault, cheers for the Dodgers, and he too lost his entire collection.

"Dodgers were my prized collection... all those cards were going down to them," Gault says.

But firefighters stepped in to help.

While many of them are still on the ground battling the blaze, CAL FIRE crews are leading the Step Up The Plate campaign to help rebuild the kids' collection.

"One of the first questions they asked was - 'What about my baseball cards?'. This is near and dear to their heart so this is an opportunity to replace some of the cars they lost," CAL FIRE Battalion Chief Seth Brown says.

Brown says they've already received an overwhelming response from across the Valley, including from some sport memorabilia shops wanting to donate.

Thanks to the California Highway Patrol, Ostenberg is already rebuilding her collection.

"I got a signed Pee Wee Reese card and a signed Trevor Hoffman ball... I was amazed they were giving it to me," Ostenberg says.