A few months ago, Arianna was able to run. Now, she is unable to stand on her own.
KFSN
By Nathalie Granda 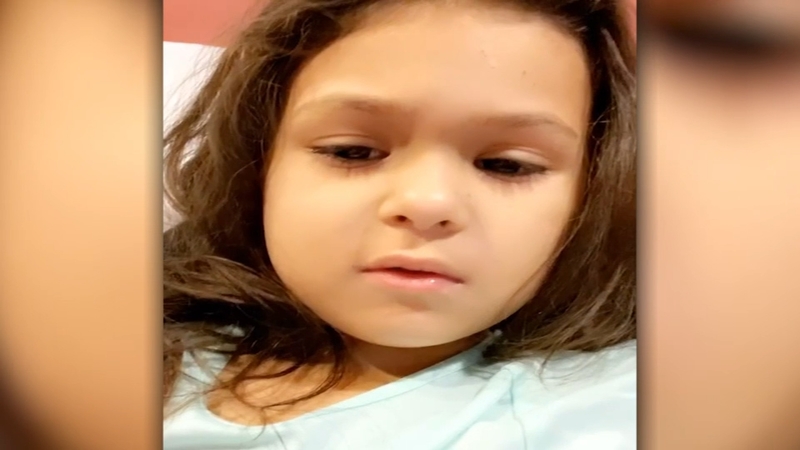 FRESNO, Calif. (KFSN) -- Arianna Jasso's sixth birthday was meant to be an exciting celebration for the young girl.

Instead, it was a heartbreaking milestone as her mother says it might be Arianna's last time celebrating a new year.

In July, the little girl from Fresno and her mom, Kristyn Burton, received the worst news any mother could face: Her daughter was diagnosed with DIPG, an aggressive form of brain cancer, and only had a few months left to live.

"I couldn't bear to look at her because I'd start crying, and if I'm not strong for her... she can't be strong and fight," says Kristyn. "How do you tell a 6-year-old she's dying?"

Keith Desserich, the co-founder of The Cure Starts Now organization, says DIPG is rare but still diagnosed in 300-400 children every year.

The group has raised millions of dollars to try to end the suffering.

Arianna just finished up radiation but Burton says her condition is deteriorating.

A few months ago, Arianna was able to run. Now, she is unable to stand on her own.
Burton now plans to take Arianna to San Francisco for trials that might get the family more time.

She was donated a vehicle, but she's hoping to raise money for a wheelchair accessible car to be able to take Arianna to her appointments.

Burton says she and Arianna recently met with Make a Wish, but because of the pandemic, many of the travel wishes are on hold.

She hopes to bring more awareness about DIPG in hopes there's a cure in the future and that no other parent will face this diagnosis.

Despite the odds, Arianna is staying strong.

Her mom plans to fill her daughter's weekends with beach trips and picnics, so she can live her life to the fullest while she has the time.

A GoFundMe has been set up for the little girl.
Report a correction or typo
Related topics:
health & fitnessfresnocancer
Copyright © 2021 KFSN-TV. All Rights Reserved.
More Videos
From CNN Newsource affiliates
TOP STORIES