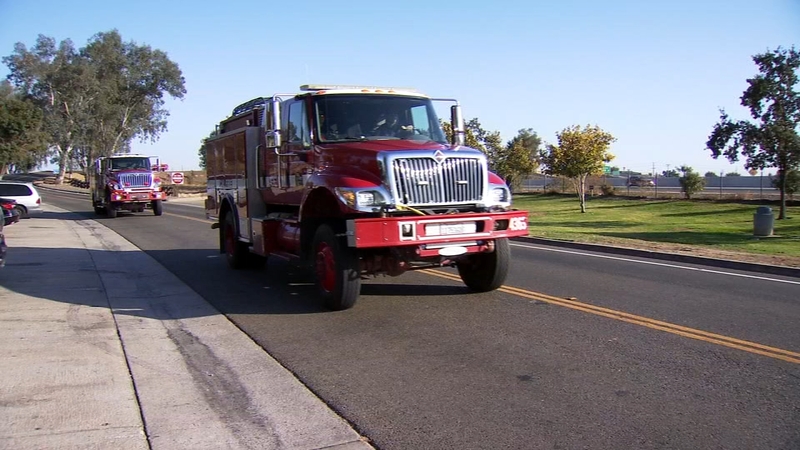 The Wolf Fire started last Thursday, it's one of three large fires to break out in Southern California late last week. The crew left at 1 a.m. Friday, and once they arrive a few hours later, they hit the fire line.

The Wolf Fire was one of two fires burning in Riverside County, the other was the deadly and destructive Sandalwood Fire. The crew was sent to help the CAL FIRE Riverside unit. 17 firefighters worked to control the fire perimeter, checked for hot spots, and supported hose lays. They worked for 24 hours straight, until coming off the fire line on Saturday morning.

"They needed help with the CAL FIRE type three engines to get off-road to where the fire location was. It was located approximately two to three miles off the main roadway. So these type three four-wheel-drive fire engines made easy access into the area," said CAL FIRE Capt. John Dominguez.

The Wolf Fire was fully contained at around 5 p.m. Friday, burning a total of 75 acres.

CAL FIRE has reported the fire was caused by a shooting in the area.

Firefighters said Southern California hasn't seen the last of the strong Santa Ana winds yet, and they could be called to another assignment soon.