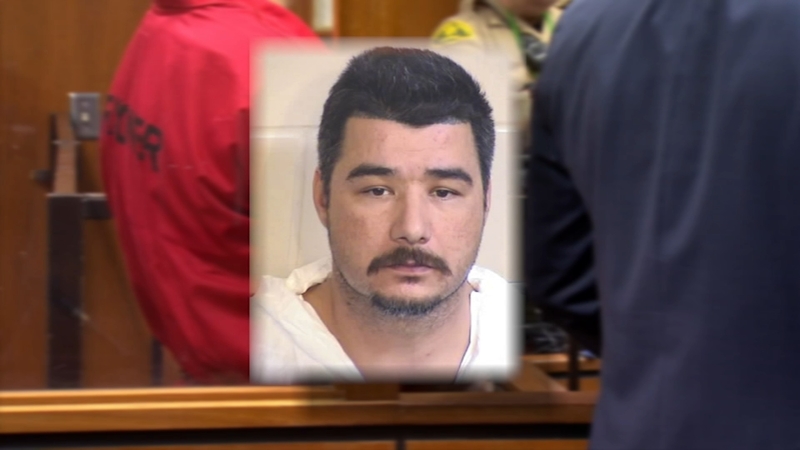 FRESNO, Calif. (KFSN) -- Just five weeks ago, Leticia Rodriguez decided she'd had enough. She packed up and asked her son's to help her move out of the Garden Valley Apartments in San Joaquin.

While she collected her things, she could hear the name-calling coming from Hileberto Valtierra. Her 16-year-old son, Angel, didn't like the trash-talking so he confronted him.

But the request didn't work because Rodriguez says Valtierra continued calling her demeaning and derogatory names. Her 20-year-old son, Esteban, stepped in.

The argument turned into a fistfight.

While they were struggling, they fell to the ground.

Rodriguez said the fight continued until Valtierra's niece handed him a gun to settle the fight.

She doesn't remember if he said anything while firing because she was screaming so loud to try to get him to stop.

In the end, Angel was dead and Esteban was injured.

Sheriff's deputies say Valtierra got away initially and was arrested in Salinas. If convicted, based on two prior strikes, he could be sentenced to 245 years to life in prison.
Report a correction or typo
Related topics:
fresno countysan joaquinmurder
Copyright © 2021 KFSN-TV. All Rights Reserved.
MURDER