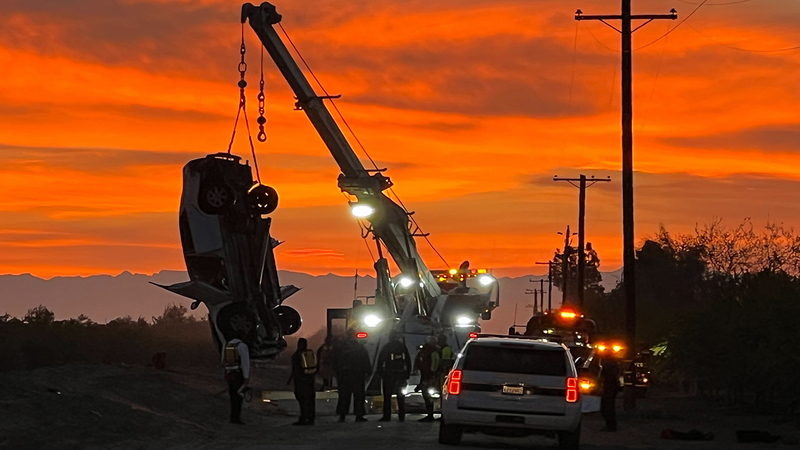 Officers believe the crash happened before midnight on Dinuba Avenue near Plumas Avenue, south of the city of San Joaquin.

CHP officials say a woman in her 40s was traveling east on Dinuba at a high rate of speed when she hit a power pole and crashed into a canal.

The car was found hours later. The woman was dead inside. Her name has not been released.