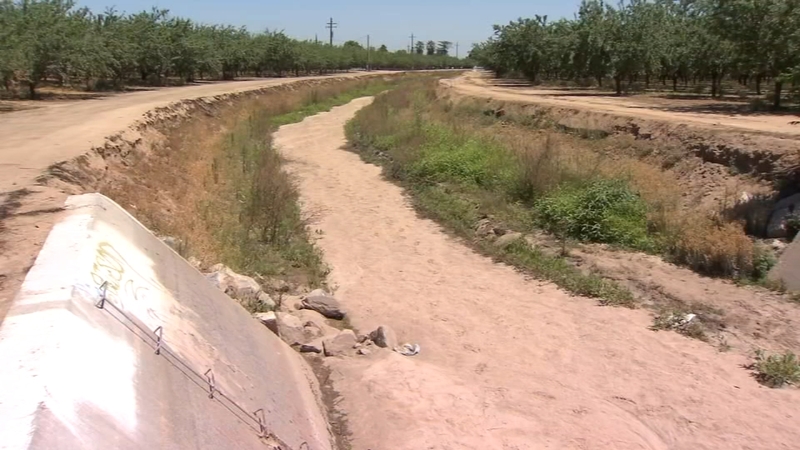 FRESNO, Calif. (KFSN) -- With much of the state facing a severe drought -- Fresno County joined other Central Valley counties by declaring a local drought emergency.

The goal was to get Sacramento's attention that without water transfers, Valley growers may be forced to lose production.

"We're in a severe drought. At least locally on the Kings is probably right in line with one of the lowest water years we're ever going to have," said District 4 Supervisor Buddy Mendes.

With California at about half of its average precipitation for the year -- 2021 is on pace to be one of the driest on record for the state.

The Fresno County Board of Supervisors called an special meeting Tuesday to try and get the Governor's attention by declaring a local drought emergency proclamation.

Kings, Madera and Tulare Counties have each already declared a similar emergency.

"One thing I think our governor forgets about our particular region from Kern County to Stanislaus, our eight-county region provides all the food for the entire world. Fresno County being the number one agriculture producing county in the world," said District 5 Supervisor Nathan Magsig.

Local growers would benefit from flexible water transfers and modified reservoir releases. But officials say it's up the governor.

"Every day he waits is bad, because there are people that are out of water relying on well water but the well water they have is nowhere near what they need," said Mendes.

If local growers, especially those in West Fresno County don't get the water they need, they may be forced to go out of production permanently.

"They're holding back cold water in Shasta for later use. If they kind of share the wealth a little bit and put a little bit of that down now, they can actually pump more water and keep the tidal flows back," Mendes.