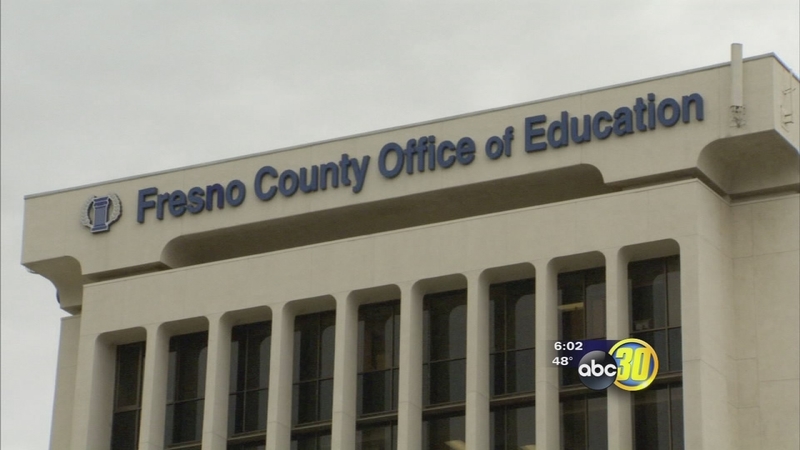 FRESNO, Calif. (KFSN) -- A Fresno County educator has become a statewide figure in the fight for equal pay for women.

Gov. Jerry Brown's signing of the Fair Pay Act was a proud moment for Aileen Rizo. As Brown signed the bill into law, Rizo stood just a few feet away, one of her three daughters in her arms. But the reason she was on that Sacramento stage last month derives from a moment with the exact opposite emotions. "I was humiliated, embarrassed and ashamed," she told a state senate committee in April.

As the bill made its way through the legislature, Rizo testified a few times about the day she found out a man at the Fresno County Office of Education made significantly more money than she did, even though she had better qualifications for the same job. "I knew he didn't have a Master's (degree)," she said. "I had one. I had more seniority. I had started teaching before him so I had more experience. And I just couldn't believe there was such a disparity. I really thought it was a mistake."

Her bosses at FCOE told her it was no mistake. It was policy.

A new hire gets paid based on what he or she made at their last job. FCOE has used the same system for 19 years and its attorneys say it prevents discrimination by gender or any other factor. "The system applied by FCOE is neutral," said Michael G. Woods, an attorney representing FCOE. "It's objective. It saves taxpayer dollars and it attracts qualified individuals."

Rizo sued anyway. Her lawyer says using prior pay as the only factor in figuring out salaries perpetuates the gender pay gap and it's a violation of the federal Equal Pay Act. California's new law will make it easier for more women to fight the same battle. "I knew it was so important for women to be equal in the workplace because if you can't be then how can you be equal anywhere else," Rizo said.

Her lawsuit is set for trial in January. But even though she sued her bosses three years ago, she still works the same job.