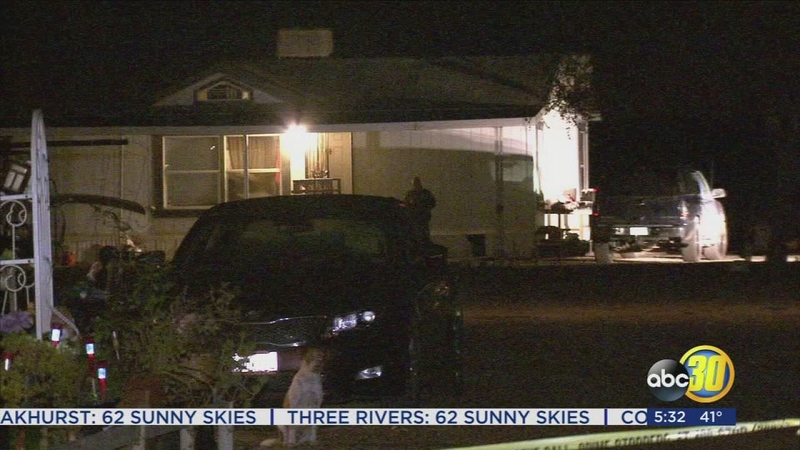 FRESNO COUNTY (KFSN) -- An investigation is underway after a shooting into a home sent one man to the hospital. Deputies said it looks to be gang-related.

The victim is expected to recover after being shot in the back. Deputies investigating this shooting say it could be gang-related and in retaliation to another recent shooting that happened earlier in the evening.

Around 11:30 Tuesday night deputies were called to reports of shots fired in the town of Lenare-- which is near Riverdale. Several shots were fired into a home. Neighbors came out to see the commotion and saw a dark-colored car driving away from the area.

When deputies got there they found one victim suffering from a gunshot wound to the right lower back. The victim, who deputies only described as a man, was taken to the hospital and went into surgery.

There were other people inside the home who were not injured.

Deputies said at least three bullets hit the home but they believe more rounds were fired and did not hit it. As they continued their investigation they realized this appears to be gang related.

Sgt. Tom Grilione with the Fresno County Sheriff's Office said, "We did have a shooting earlier this evening at 6:30 p.m. in Raisin City, where a vehicle was shot up with a shotgun, and we think this is a retaliation shooting connected with that earlier shooting."

Deputies did stop a car matching the description witnesses gave and the four people in that car were detained.

While searching the car deputies found gang-related items that link the people to a possible rival gang. However, it is still unclear if they had any involvement in this shooting.