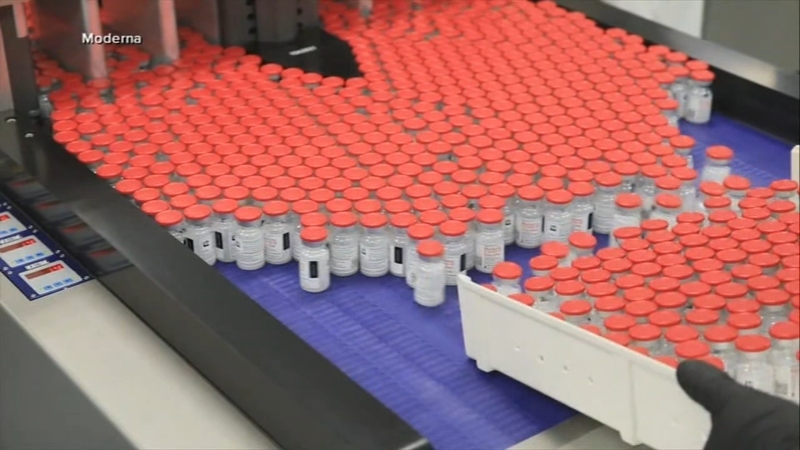 Now, county supervisors are asking the state to make sure the local population gets its fair share of vaccines.

The state announced a plan Tuesday to streamline vaccine deliveries, and the woman in charge of the new effort says she'll address the shortage here in Fresno.

And the county reached that mark for a couple of weeks until the vaccination effort hit a roadblock.

"We need the vaccine because we're able to do it, but without the product, we just can't do anything," said Fresno County Supervisor Brian Pacheco.

County leaders asked the state for 38,000 doses this week. They got 8,000. Supply issues rise all the way to the level of the producers.

Moderna says it will reach the 100 million doses promised to the United States by the end of March, and Pfizer now says it can reach 120 million doses.

But at the moment, both companies are on pace to fall short.

They're both producing about 4.3 million doses per week as of last week. They'll need to make more than 7 million per week to catch up. They say they will.

The amount coming to the state of California so far has been distributed unevenly, with the Central Valley getting about half as many doses per capita as the Bay Area.

County supervisors sent a letter to the governor asking for more.

"All of the great work we've done vaccinating the larger cities like Fresno and Clovis will falter if they don't give us more vaccines that we require," said Fresno County Supervisor Steve Brandau.

Lower-income areas are supposed to get equal access to vaccinations.

The secretary of the government operations agency says part of her approach will be to reach out to county public health leaders.

"I understand that we continually hear about the frustration of unlimited supply," said Yolanda Richardson. "I'm not aware of Fresno County's specific situation."

The Biden administration announced Tuesday it is increasing the vaccine allocation to states by 17%, so that could help.